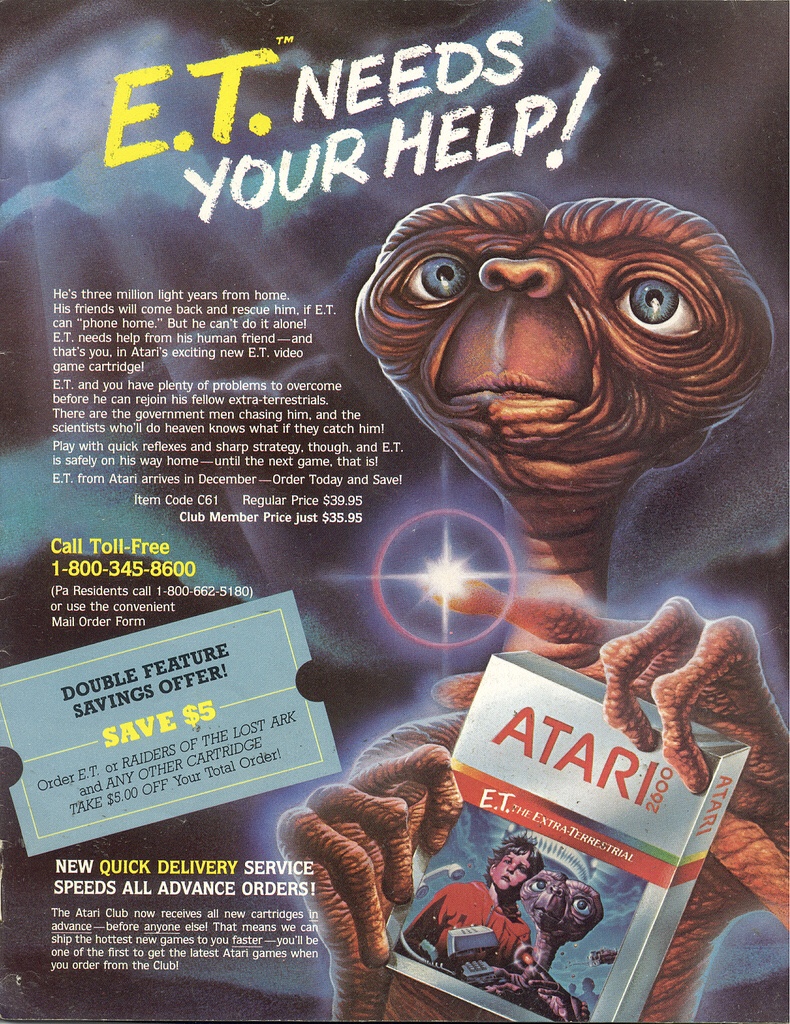 If you were a member of the Atari Club, you could get this steaming pile for $5 off!

Seriously though, there really are many games that are worse than E.T. but perhaps none with such an abysmal hype/quality ratio. In those days, there was no internet so word of mouth was a little slower. Despite how awful E.T. was, it still became one of the best selling Atari 2600 games largely because so many people got it for Christmas. Despite this, there still really were many thousands buried in a landfill in New Mexico. 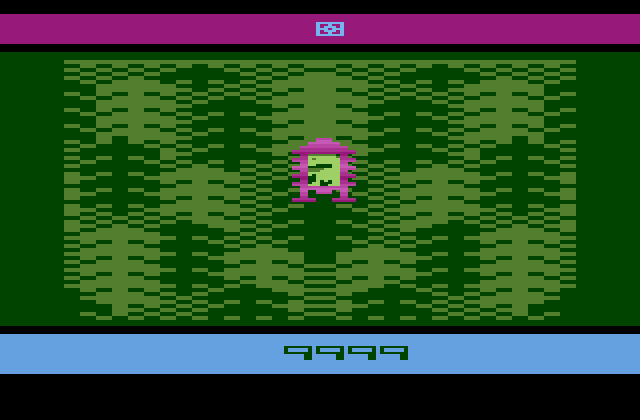 E.T. is largely credited with the video game crash of 1982/83 but really that’s giving it too much credit. No doubt being such a dud had an effect and maybe if it had instead been one of the best games of all time (i.e. lived up to its advertising and hype) things would have been a little different. However, the fact is that there was so much garbage and so many clones (often clones of the garbage) being rushed to market at this time that the crash was probably a forgone conclusion. Besides, the video game crash helped lead to the rise in popularity of home computers and my Commodore 64 was so much better anyway…