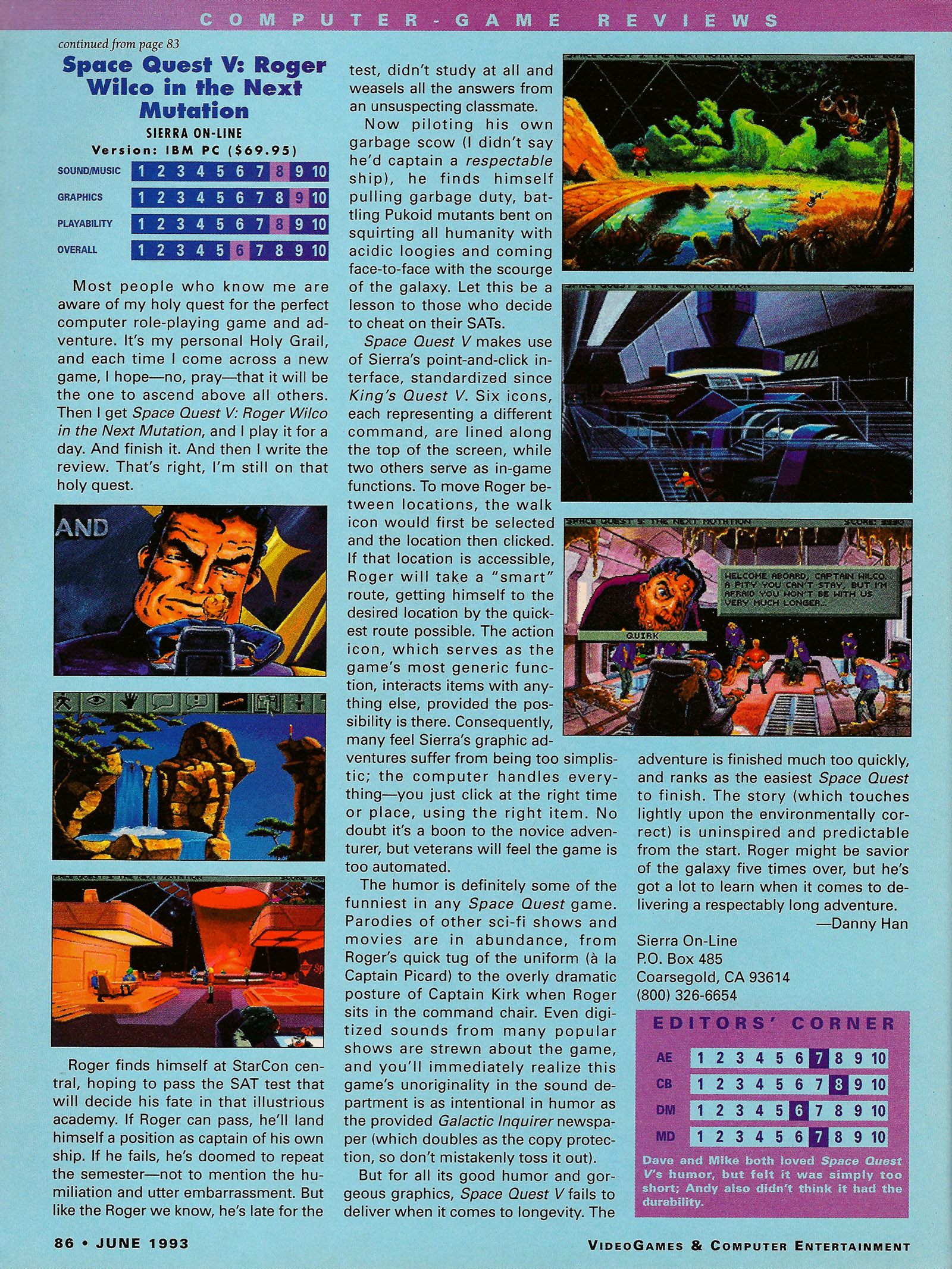 Space Quest V is one of a long line of point and click adventure games from Sierra. Both the Space Quest series and the King’s Quest series used basically the same interface, at least during this time period. Game play is pretty simplistic. You just click on an action and the game takes care of the rest.

The Space Quest series was somewhat unique in that it was a science fiction parody. It makes fun of a lot of science fiction shows like Star Trek through exaggerated imitation. Unfortunately, this isn’t one of the better Space Quest games. It’s not that it’s terrible or anything but it is way to short (it can easily be finished in a day) and the plot is mostly forgettable.

However, if you love point and click adventures and/or the Space Quest or King’s Quest series and haven’t played this one yet, then it is worth a play through. If you are intent on playing the Space Quest series though and haven’t played the other yet then you might as well start with the first one. You can of course track down an original copy on eBay and get it running in DOS Box or you can go the easier route and get it on GoG (https://www.gog.com/game/space_quest_4_5_6_). You’ll get three games for a lot less than you’ll probably be able to get one of them on eBay.

The review above is from the June 1993 issue of VideoGames & Computer Entertainment.