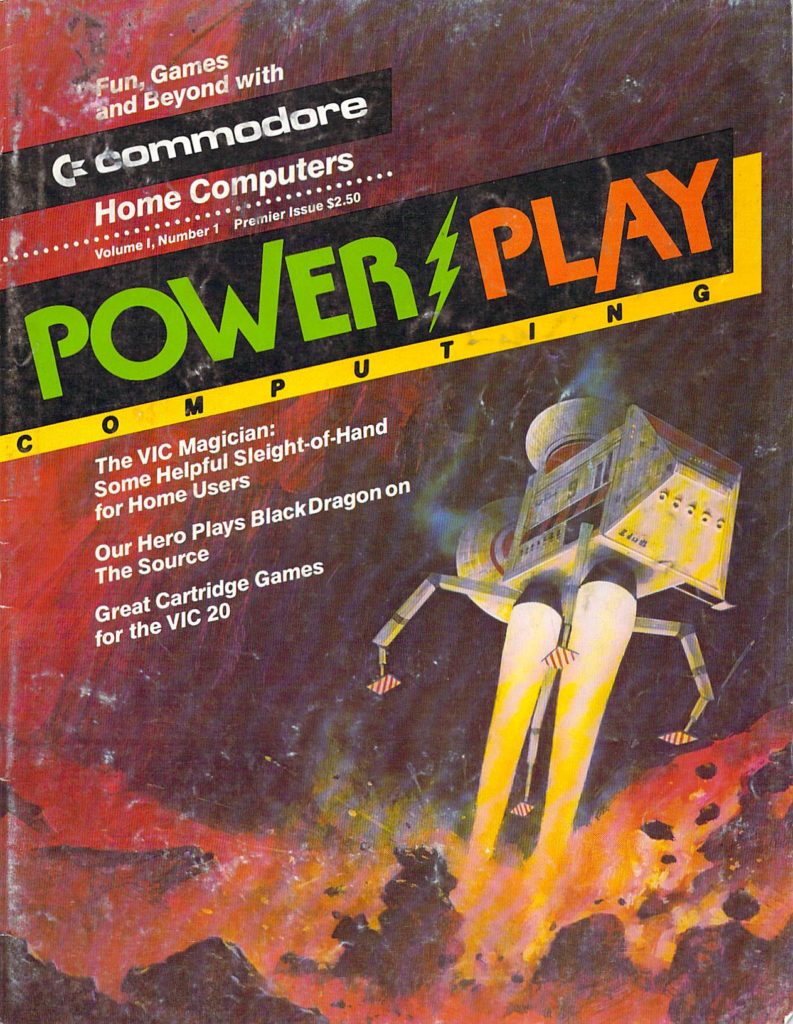 Commodore Power/Play was one of a few different magazines published by Commodore over the years that eventually culminated in Commodore Magazine. Commodore Power/Play focused on gaming and other fun or hobby related things you could do with your computer as opposed to business or productivity uses. The January 1982 issue would have been out more than half a year before the Commodore 64 was released so its focus was on the VIC-20 and to a lesser extent the more business oriented PET line.