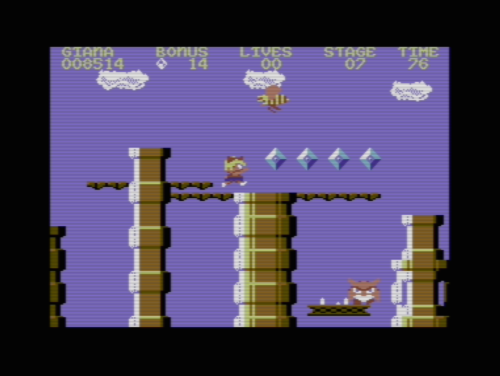 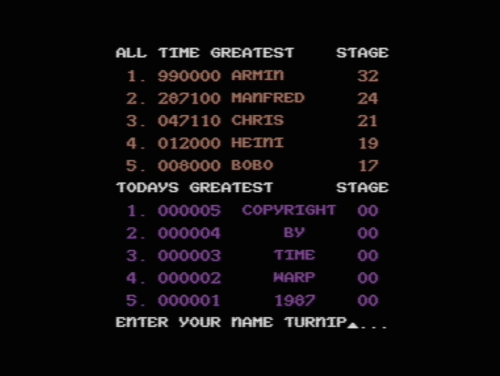 The Great Giana Sisters was an obvious clone of Super Mario Bros. Very obvious, right down to level layout.  Unlike most clones, however, it didn’t suffer any of the problems that usually come with such territory: Programming, music track, graphics, and general playability were all good, and the game received much positive praise from critics. There is a longstanding rumor that the programmers of this game were served a lawsuit by Nintendo for copyright infringement, but both parties have denied that such a lawsuit was ever served. Nintendo did, however, persuade them to stop sales of the game, and they did so not long after its release. As a result, original copies are now rare and somewhat valuable.

Due to the fan love for the game, the developers produced several sequels, but changed the name for at least the first sequel, as well as several elements including character design to avoid any further issues with Nintendo.

One Response to The Great Giana Sisters (Commodore 64)