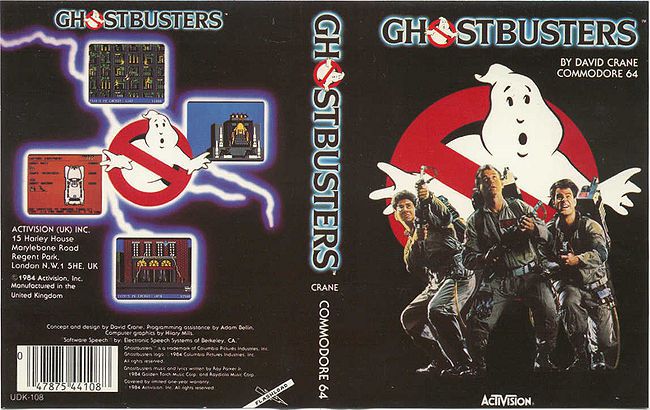 I just recently picked up Ghostbusters for the Atari 2600, its a game that for the longest time I didn’t even know it existed on that system. I was quite impressed when I tried it out too,  but you kind of expect that from the later Atari games. (well most of them anyway)

My real experience with this game was on the Commodore 64, the system I probably played the most as a child. Much like Impossible Mission, this game has a reputation for being a hallmark game for the system. Most often when I chat with people about owning with the C64 its this game that is most remembered, and for good reason too.