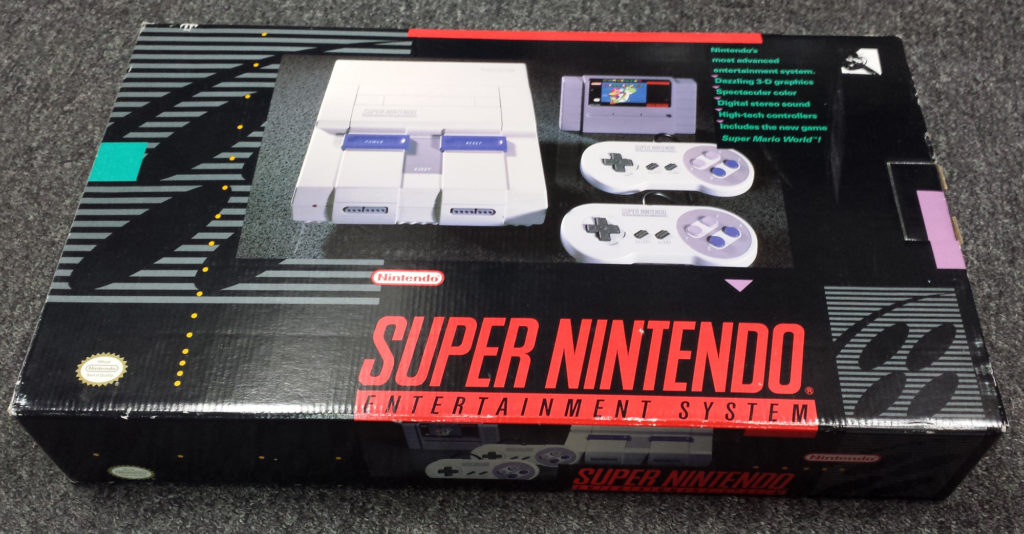 The Super Nintendo was a pretty large step above the original NES. It was about the same kind of jump as going from an 8-bit computer like the Commodore 64 to a 16-bit computer like the Amiga. The Super Nintendo was more like the Apple IIgs as it used essentially the same CPU. The SNES had a Ricoh 5A22 CPU which was essentially the same as the 65C816 that was in the Apple IIgs. It ran at a whopping 3.58 MHz. Also included was 128 kilobytes of general purpose RAM in addition to the 64 KB of SRAM for video and 64 KB of SRAM for audio. The video capabilities were pretty impressive with an up to 256 color display out of a 32,768 color pallet and up to 512×478 resolution. Up to 128 sprites could be displayed and there were special matrix operations available that added the ability to scale and rotate (e.g. Mode 7). The audio was pretty impressive as well with an 8-bit CPU and 16-bit DSP combo produced by Sony. Because of its relatively low clock speed, early games sometimes suffered from slow-down when there was a lot of on-screen activity. This was a problem that was mostly overcome as programmers became better at making use of the system resources. 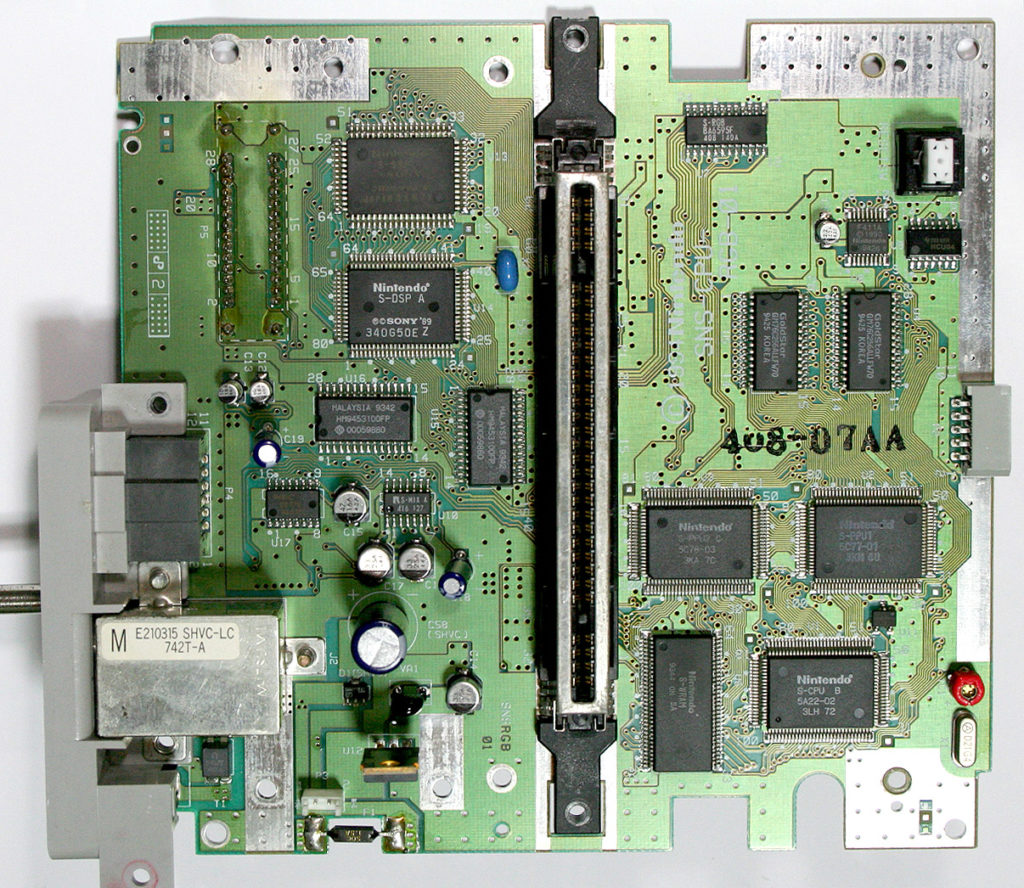 While the technical specs were pretty impressive for the time, it is the games that mattered. The Super Nintendo did not have a huge launch line-up in terms of numbers but they were very good games. Super Mario World is still my favorite Mario game to this day and I have very fond memories of F-Zero. I always wanted Actraiser but for one reason or another I never acquired that one. There would be tons more great games to come (as well as the occasional bad one). Teenage Mutant Ninja Turtles IV, Star Fox, Zelda: A Link to the Past, Super R-Type, Super Smash TV, Street Fighter II and Super Star Wars are a few of the others I have fond memories of but there were many more. To this day I think the 16-bit era had the greatest quality games on average. 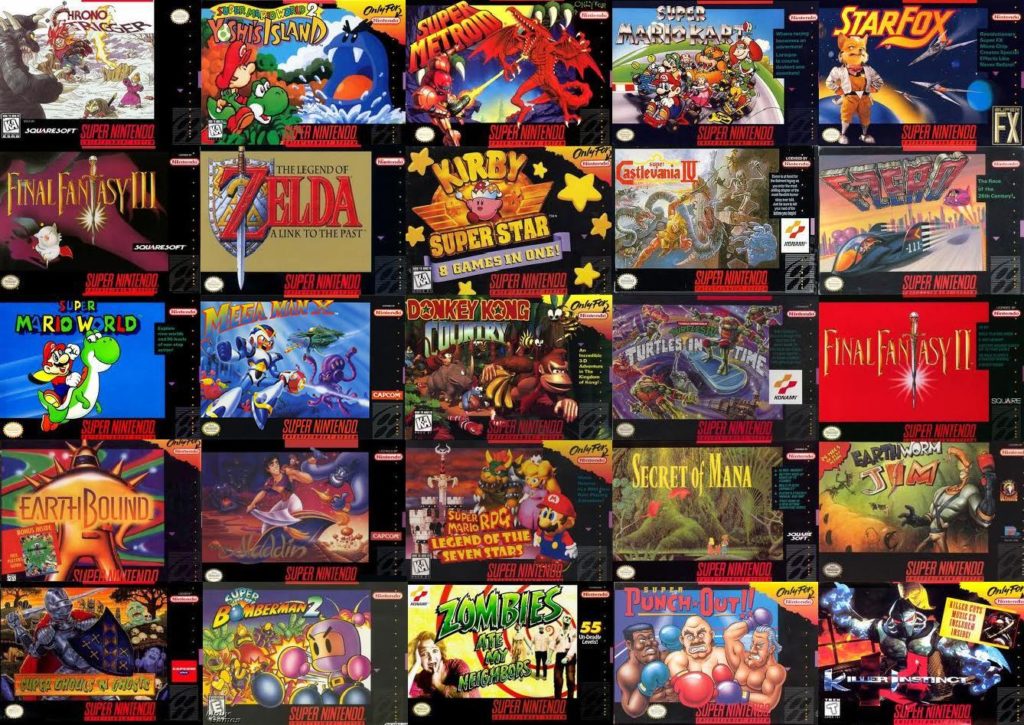 The Super Nintendo was originally released in North America in August 1991. I think I got mine the following Christmas. Later on I would have a TurboGrafx-16 and a Sega Genesis but it was the Super Nintendo I had during the height of the 16-bit era. The ad at the top for the Super NES Control Set (console, one controller and no pack-in) for $99 I think was released about a year after the Super Nintendo first hit the market. The original set included two controllers and Super Mario World and cost $199. The box for that one looks like the one in the second picture and is the one that I had. The third photo shows the motherboard, or at least one of the revisions, and the final photo shows several of the great game the Super Nintendo had. It’s very hard for me to pick a favorite system but it’s also hard for me to not put this one at the top of the list.