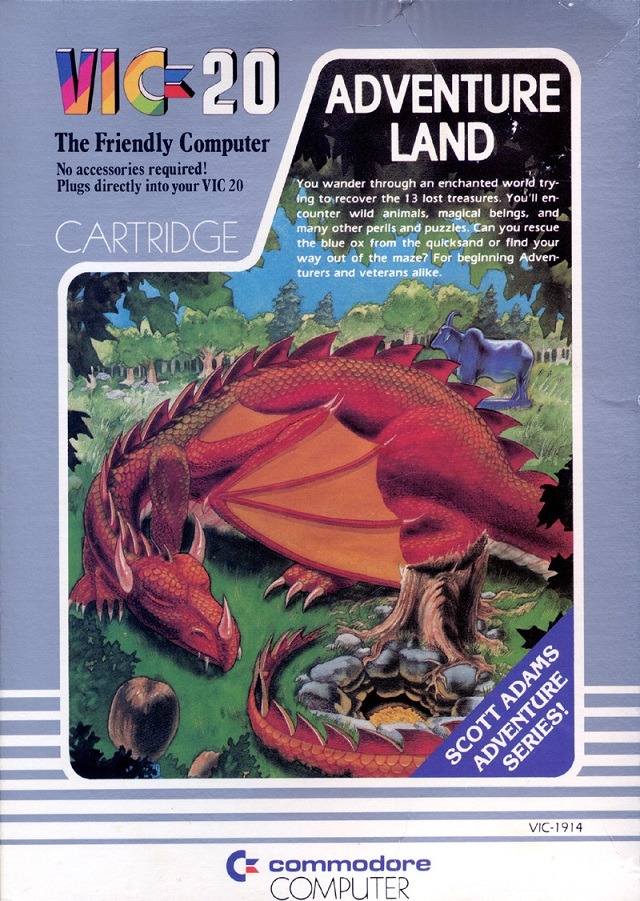 When you think of text adventure games (or interactive fiction as it is sometimes referred to), you probably think of Zork. However, Zork was not the first text adventure to show up on home computers. That distinction goes to Adventureland which was also Scott Adams first text adventure. It was originally released in 1978. It’s true that Zork appeared the previous year but it was originally only available on mainframes. Adventureland beat it ever so slightly to the home computer market.

Adventureland was a new type of game for most people at the time of its release. Most people had not yet heard of Zork. While pretty primitive, even for text adventures, it was one of a kind at the time and got very positive reviews for the most part. Adventureland accepted one word commands (e.g. North would move you North) or two word combinations (e.g. light lamp). It recognized about 120 words. The ultimate goal of the game was to collect thirteen treasures. Adventureland was ultimately available on a wide variety of platforms including the TRS-80, Apple II, Atari 8-bit, TI-99/4A, Commodore PET, Commodore 64, IBM PC (DOS), VIC-20, and others. Screenshot and box art above are from the VIC-20 version of the game.

Scott Adams and the company Adventure International which he co-f