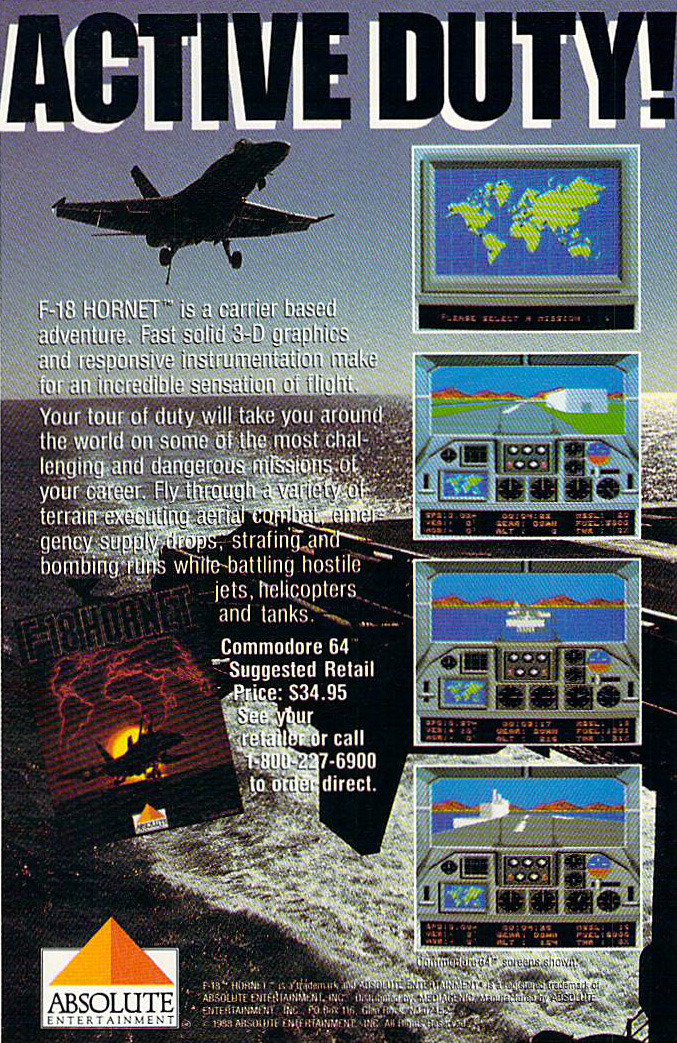 F-18 Hornet was a combat flight simulator released in 1988 by Absolute Entertainment. It was released for an odd combination of platforms, only being available on the Commodore 64 and Atari 7800 (though the ad above is specific to the Commodore 64 version). 1988 was the Atari 7800’s biggest year in terms of the number of games released and the Commodore 64 was just coming off its peak. Imagineering actually developed the game and they developed a large percentage of the games for the Atari 7800 but these were published via Absolute, Atari and Activision.