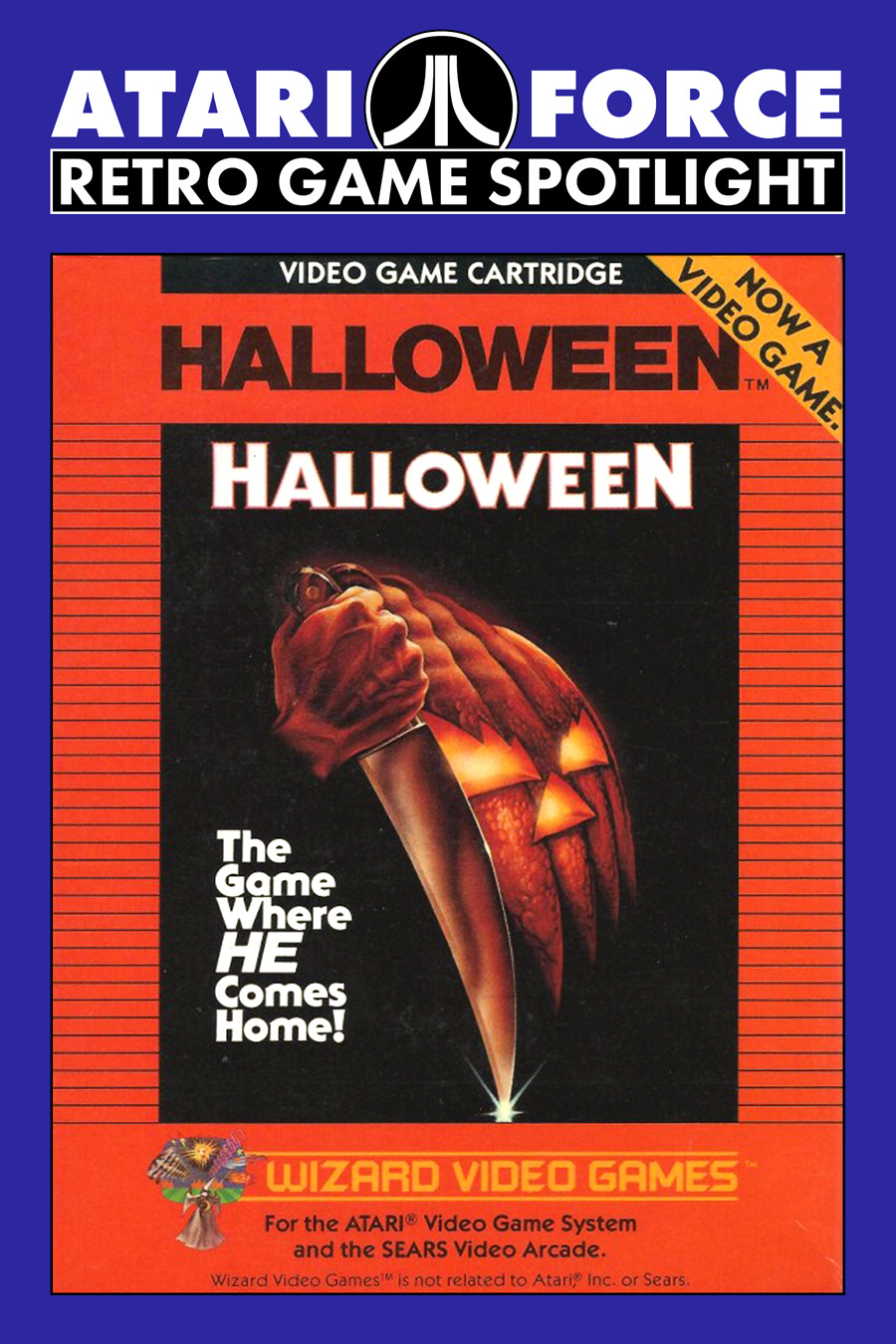 Trivia: Based on the 1978 horror film of the same name, Halloween caused such an outcry on its release that it was banned by many stores.

Halloween was released by Wizard Video Games for the Atari 2600 in 1983 and is based on the famous 1978 movie of the same name. As a licensed game, you would probably guess that Halloween is not a great game and you would be correct. While not as bad as some, its mediocrity is certainly uninspiring.

While Halloween is famous for a few reasons, being a great game is not one of them. Because of the violent nature of the game, many stores would not carry it or would keep it behind the counter. This combined with the fact that it came out around the time of the video game crash and the fact that it wasn’t that great of a game made this a pretty poor seller. Wizard Video Games only other release was the similarly themed Texas Chainsaw Massacre. It also sold poorly for many of the same reasons. These would be the only two releases by this company because their poor performance drove them out of business. One interesting aspect of this game is the fact that it was programmed by Tim Martin. Tim Martin also programmed Spelunker, one of my favorite games for the Commodore 64, which was released the same year. This leads me to believe that the relatively poor quality of Halloween had less to do with the talents of the programmer and more to do with limited time and budget. I think this was the case for a great many games on the Atari 2600.

Fortunately, this game is easily emulated because if you want an original you are going to have to pay a fairly significant amount for it. Because if its poor sales, it is now a collector’s item. There also are no re-releases. Because it’s a movie license I suspect that it will never show up in any commercial compilation.