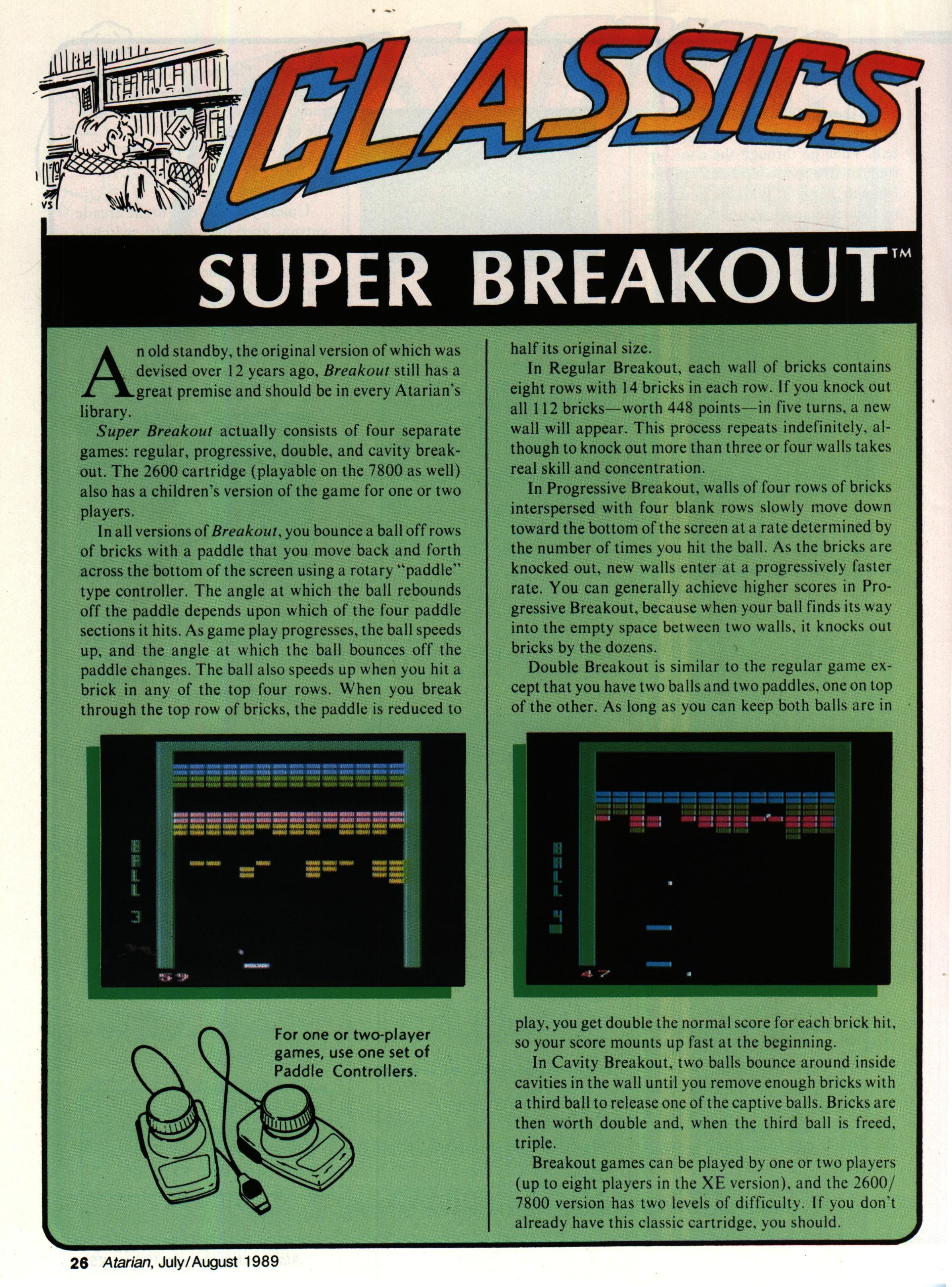 There is no doubt that Super Breakout is a classic among video games. It was originally created in 1976 as an arcade game by Atari, the hardware of which was originally designed by Steve Wozniak. Wozniak’s hardware design for this game would influence the design of the Apple II. Breakout was designed to essentially be a one-player version of pong with the object being to destroy the moving walls of bricks at the top of the screen by bouncing a ball off of a paddle. Breakout was ported to the Atari 2600 in 1978 with the enhanced Super Breakout with more game variations and a slightly updated look being released later that same year.

What’s funny about this particular “review” is that it is another example of Atari continuing to push their old games and hardware vs. moving forward. This review appeared in the July/August 1989 issue of Atarian, Atari’s official magazine. Super Breakout was available for the Atari 2600 (and therefore the Atari 7800) and Atari XE computer and video game systems at the time. The review ends suggesting you should have this game if you don’t already. While I don’t specifically remember this game being available then, I’m quite sure that you could still pick up Super Breakout either at toy stores like Toys R Us or directly through Atari. I would say this genre peaked with Arkanoid which was released about three years before this article was written. I’m all for coverage of vintage games and systems but this was really just Atari trying to sell old stock.