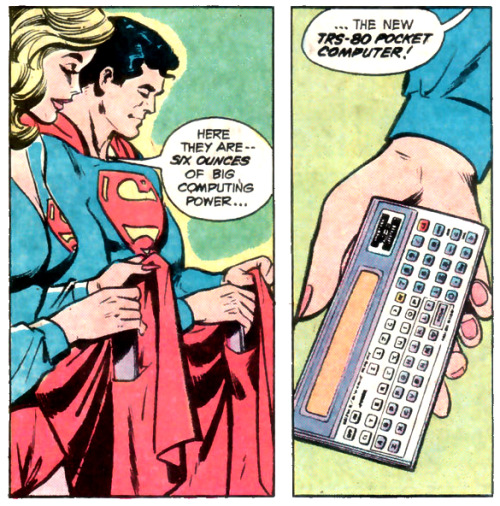 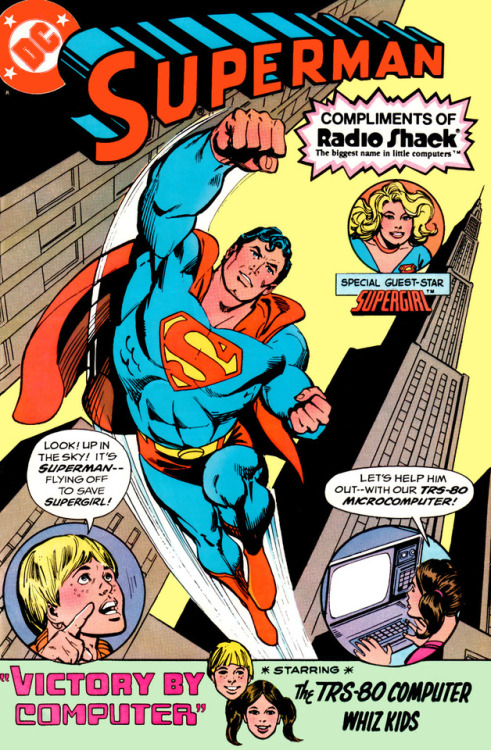 Also known as the Tandy Pocket Computer, this was really a line of devices that were rebadged Casio or Sharp models. Over the years, there were eight different models. The original model, later called the “PC-1”, was a rebadged Sharp PC-1211. These were in no way compatible with any of the TRS-80 computers. Tandy/Radio Shack just really liked that name. These so-called “pocket computers” were really early programmable calculators. However, you could program them in BASIC and depending on the model you could interface them with a printer and cassette device for storage. The original included a 24 digit dot matrix LCD, full QWERTY keyboard, and taped drive / printer connector. It ran on four button cell