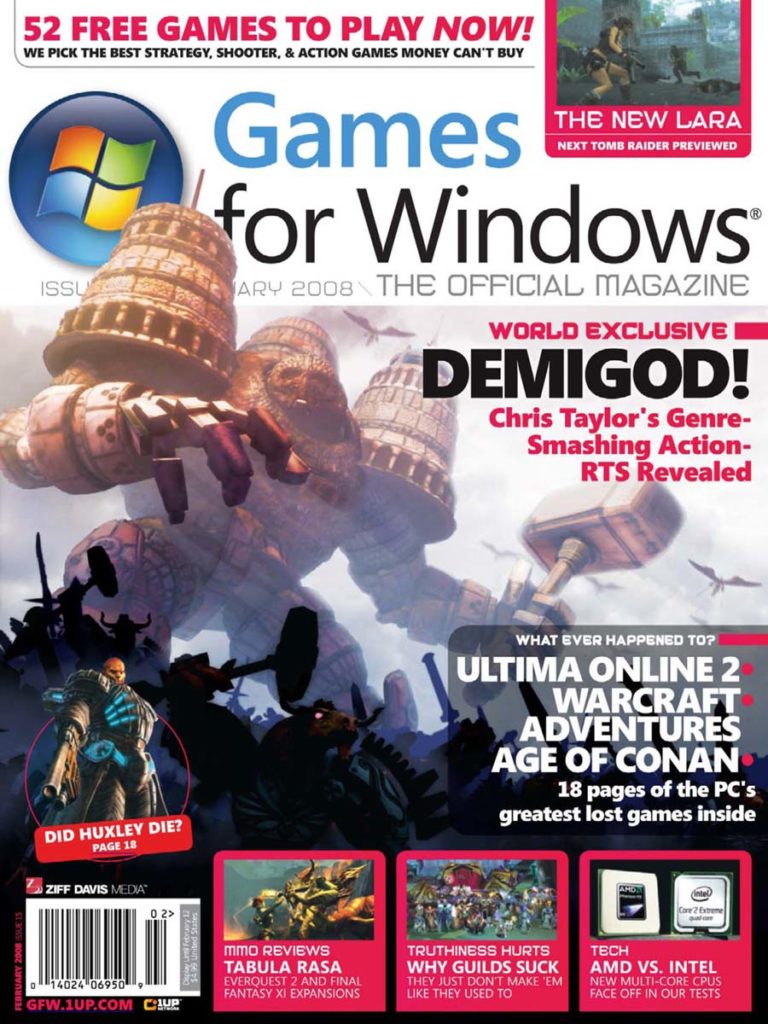 Games for Windows is the result of Microsoft buying Computer Gaming World. Fortunately, the content did not actually change much with the change in ownership because CGW was an excellent magazine. However, magazines were dying at this point and Games for Windows did not last long.

I generally consider 10 years to be the cutoff for calling something retro but this is by no means a strict rule. Some people say games that are two game system generations or older fit the criteria for retro however this is harder to pin down with computer games. This magazine is just over ten years old. Looking at the contents below do you think it is retro?