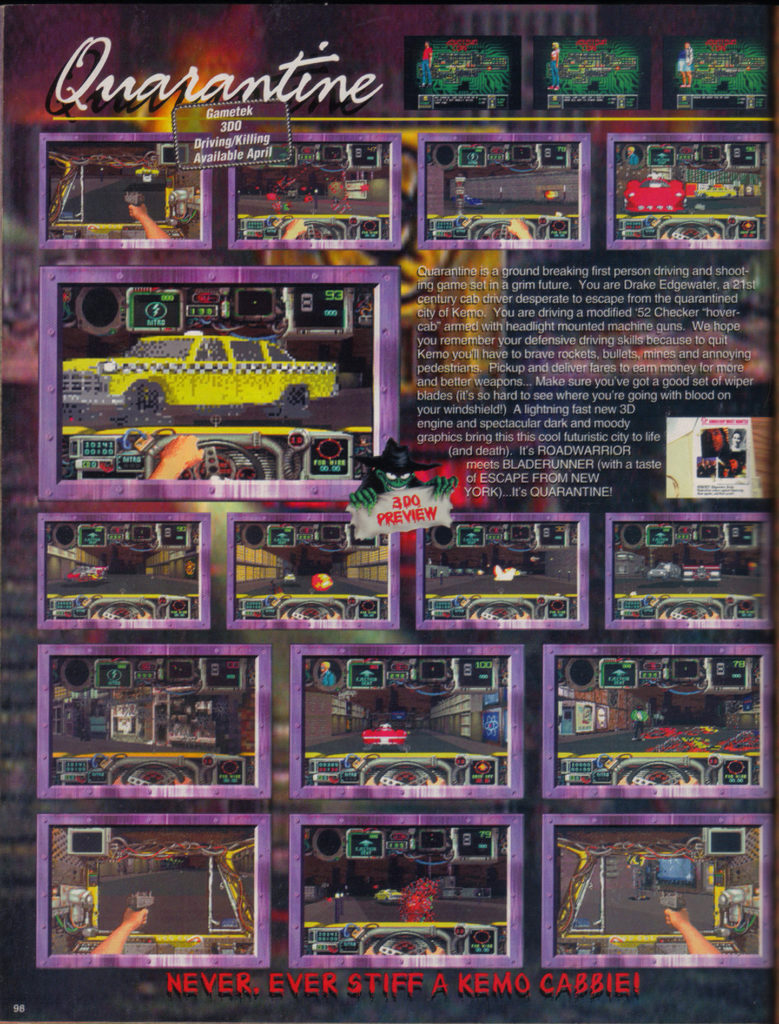 The 3DO is another one of those systems that represented a leap forward in terms of technology but just didn’t have the software to make it successful. Quarantine is a good example of the sort of interesting but unpolished games that seemed to be most common for the 3DO. Quarantine is sort of a cross between Doom, Crazy Taxi, and Grand Theft Auto though it preceded the last two. The game is played primarily from a first person point of view and the graphics quality will remind you a lot of Doom. However, you spend your time driving a cab around a bleak, nearish future cyberpunk landscape. You accept various fares and sometimes secret missions with the goal of making enough money and upgrading your cab enough to eventually escape the city and the deadly virus that threatens it. It’s a game full of violence where you get to participate in drive-by shootings and other means of vehicular homicide reminiscent of the later Grand Theft Auto series. It sounds like an interesting game and in many ways it is. The problem is that it is somewhat unpolished and has a bit of a steep learning curve. Once you get the hang of it you may enjoy it but it has the type of 3D graphics that really haven’t held up well over time in most cases. In addition to being released for the 3DO, it was also available on the PC (DOS) in CD and non-CD formats. The PC version is somewhat better, primarily due to improved graphics and frame rates (if you had a powerful enough PC anyway). Interestingly, this game was also released for the PlayStation and Sega Saturn but only in Japan and under different names (“Hard Rock Cab” for the PlayStation and “Death Throttle” for the Saturn) though