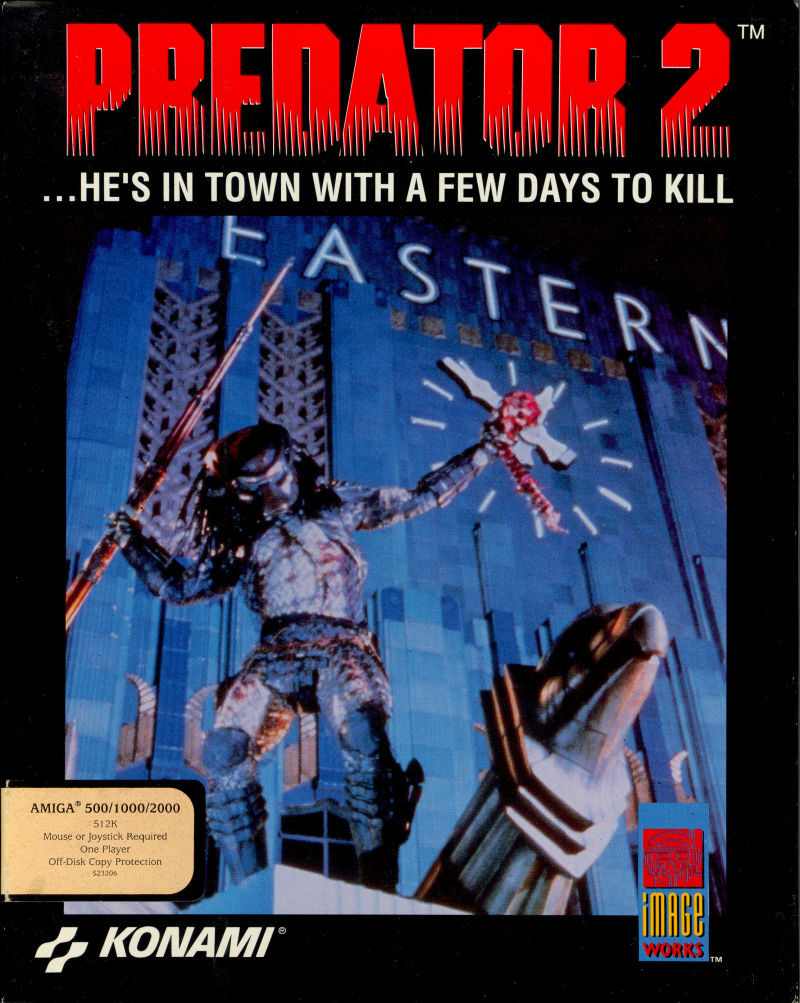 Predator 2 – by Konami for the Amiga

Predator 2 was released in 1990 and is based on the movie of the same name. You take the role of a Los Angeles police Lieutenant whose unfortunate job it is to stop illegal aliens of a new kind. The game plays very much like Operation Wolf without the light gun. You must put the crosshairs on the target and fire. The Amiga and other 16-bit editions offer the benefit of having mouse control. While the graphics are quite good (at least in the Amiga version), the gameplay leaves a little to be desired. I’m not a fan of the shooter on rails genre for the most part anyway and this game does little to advance the genre other than having even more violence than average. In addition to killing aliens, you must also collect ammunition and power-ups and avoid killing civilians. In addition to the Amiga, this game was also released for the Commodore 64, DOS, Atari ST and others. Of these version, the Amiga version is the best. If this is your type of game, you’ll have to track down an original copy for the Amiga or use emulation as this game has never been re-released as far as I know. There was also a Sega Genesis version of the game but it was released a couple of years later and is a completely different game played from an isometric point of view.

Images above are for the Amiga version of the game.