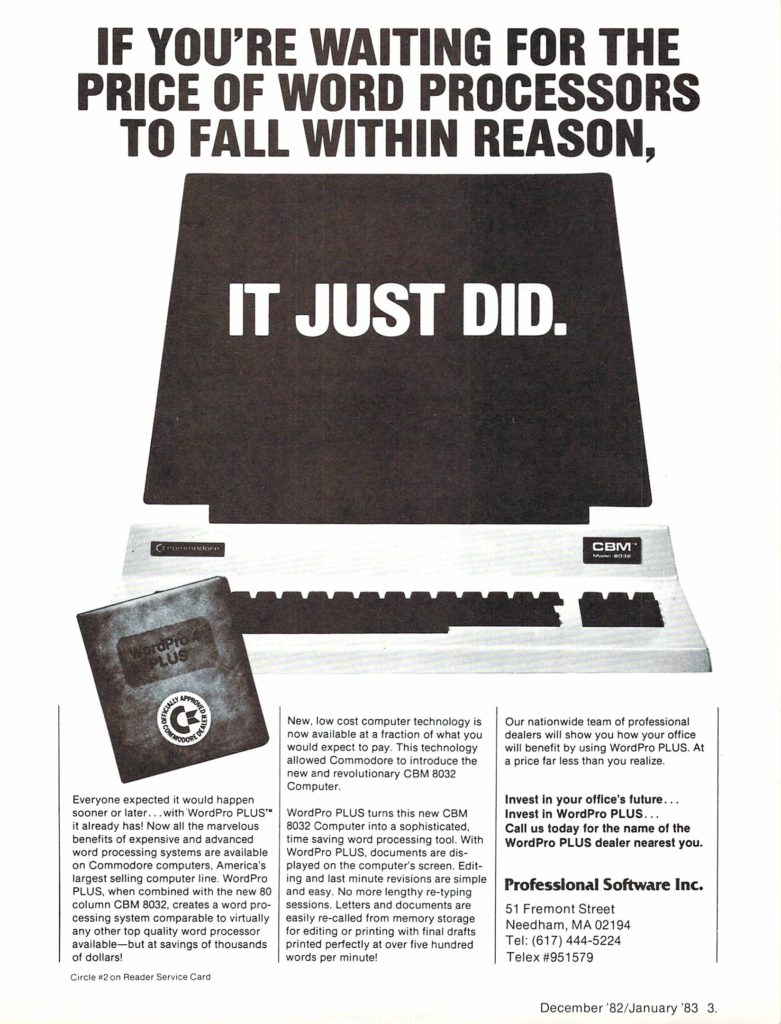 Today, the vast majority of people who use word processing software are using some version of Microsoft Office, or perhaps an Open Office variant or Google Docs. However, there used to be far more choices. This particular ad from the December/January 1982 issue of Commodore MicroComputers is for one such product called WordPro 4 Plus for the Commodore CBM 8032.

The Commodore 8032 was a later entry into Commodore PET line of computers. Initially considered home/personal computers, the PET line was popular in schools in North America, particularly in Canada. The 8032 was an enhanced version that included improvements like an 80 column display (vs. 40), a better keyboard and more memory. At a time when CP/M dominated the business world but before the days of the DOS stranglehold and before the Apple II dominated in schools, the PET line had a pretty successful run.