LJN Games for the NES 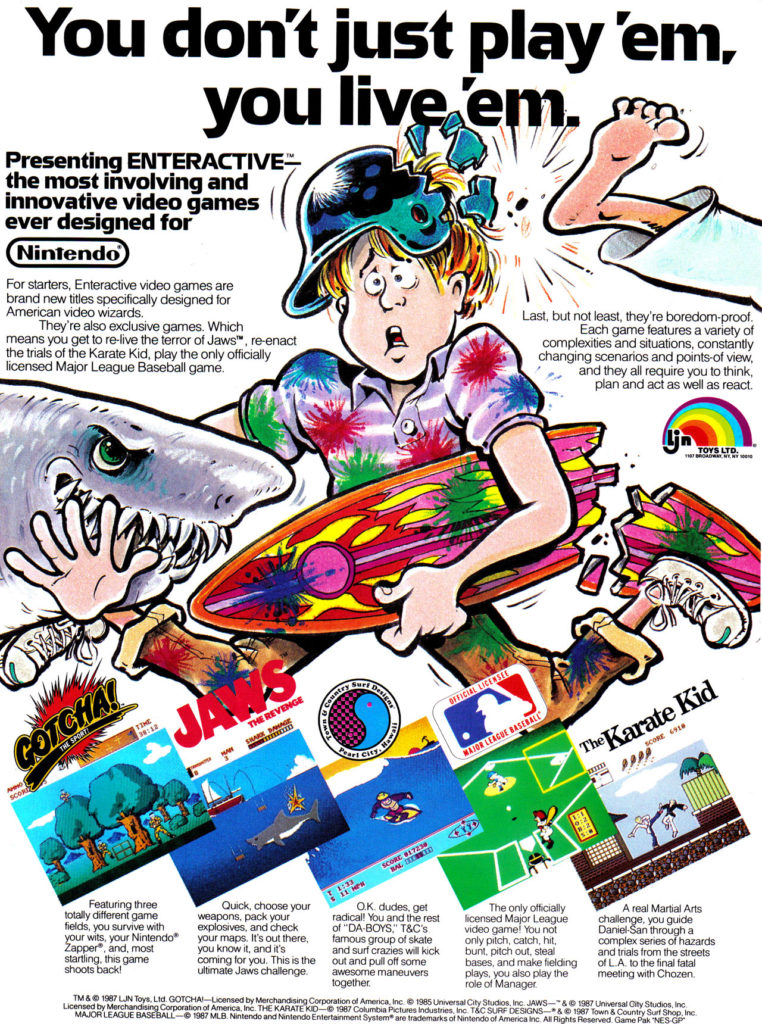 In 1988, the Nintendo Entertainment System was at the height of its popularity. For all practical purposes, it really had no competition. The following year the Sega Genesis would be released but in 1988 the NES was king of the hill. It’s really amazing how many games were being released for the NES at this time. All despite Nintendo’s relatively restrictive licensing policy.

This ad shows the games available for the NES by LJN around this time. I’ll be honest, I don’t recall playing any of these and they all look like mediocre licenses to me. First up is Gotcha!, a paintball game that you can play with the Zapper light gun. There weren’t too many Zapper games and most of them weren’t all that special. I don’t see how this one changes that. Apparently, it is loosely based on the movie of the same name. I sense a bad 1980s paintball themed movie I need to watch… Next up is Jaws: The Revenge. This games is based on the fourth and final movie in the Jaws series which was released in 1987. This was one of the first games for the NES announced by LJN and I’m not really sure why they chose it. The movie was bad and the game was worse. Next up is Major League Baseball. This game had the advantage of being licensed by the MLB so it used the actual team names. However, it didn’t have the Players Associate license so it did not feature real player names. As baseball games of the time went, this one really wasn’t too bad. It didn’t stand out from the competition but it was a decent enough game and there wasn’t much out there that was significantly better.