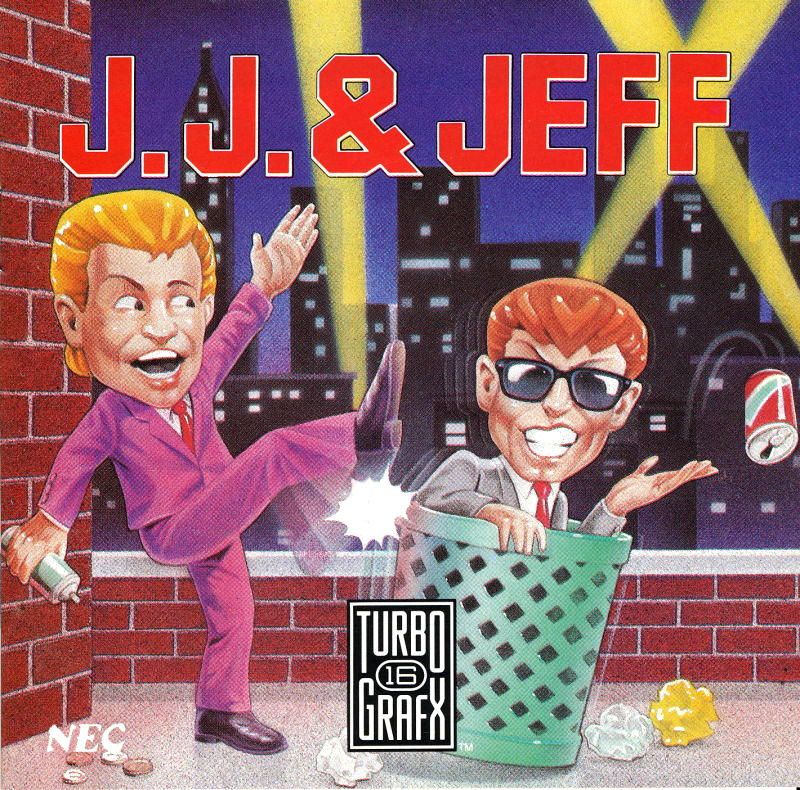 Sometimes you just have to wonder about NEC’s decision making process when it came to deciding what games they would release on the TurboGrafx-16 for the North American market. J.J. & Jeff is a perfect case in point.

J.J. & Jeff is based on an obscure (at least in North America) Japanese game show that was supposedly the inspiration for America’s Funniest Home Videos. The player gets to play one of two bumbling detectives as they set out to solve a kidnapping case. The game’s claim to fame is its crude humor more than anything else which was largely censored for the North American release. For instance, in the North American version you can attack you enemies with a can of spray paint. In the Japanese release on the other hand you were essentially farting on your enemies.

J.J. & Jeff is not a terrible game by any means but it is rather obscure and not spectacular. Of all the games they could have released, why this one? I guess one thing it had going for it was its uniqueness. You certainly didn’t find this one on any other consoles. J.J. & Jeff was re-released on the Wii’s Virtual Console in 2007.