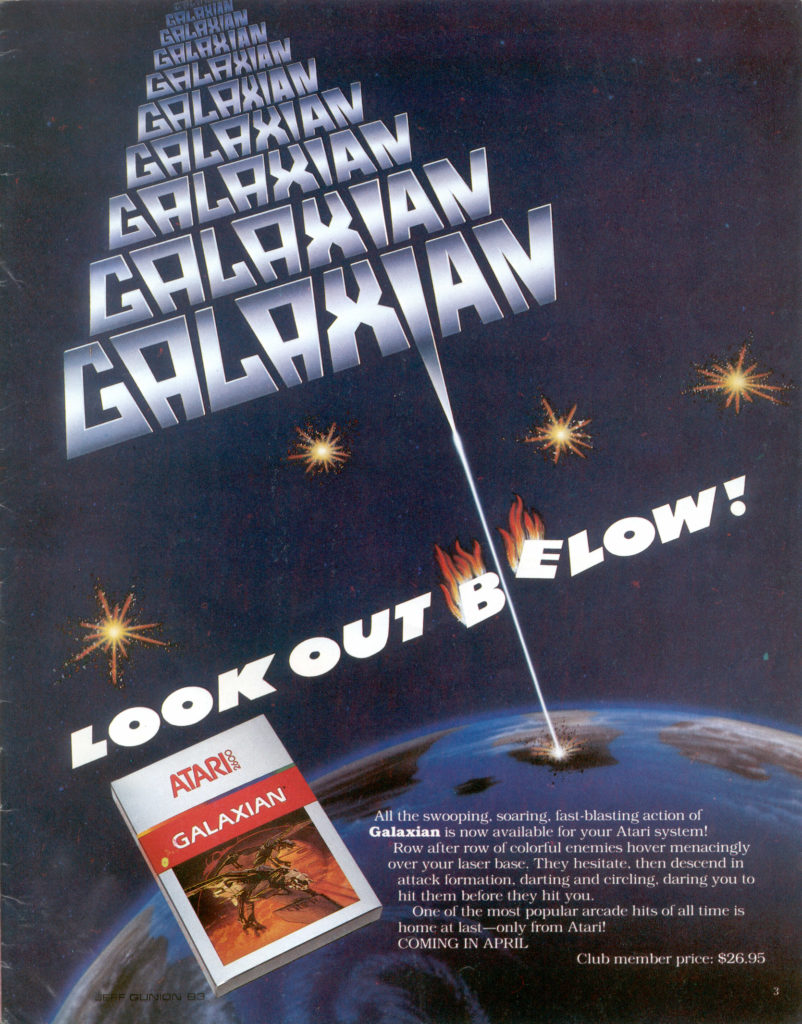 Galaxian was originally an arcade game by Namco released all the way back in 1979. It is perhaps not quite as well known as its sequel, Galaga, but was very popular nonetheless. Given that the Atari 2600 (or VCS as it was originally known) was also released in 1979, it is a little surprising that Galaxian was not ported to that system until 1983. However, it looks like most of the ports for this game came out in the 1982/83 time frame so it may just be that Namco was not willing to license it until then.

The above ad for the Atari 2600 version of Galaxian released in April of 1983 and appeared in the April 1983 issue of Atari Age.