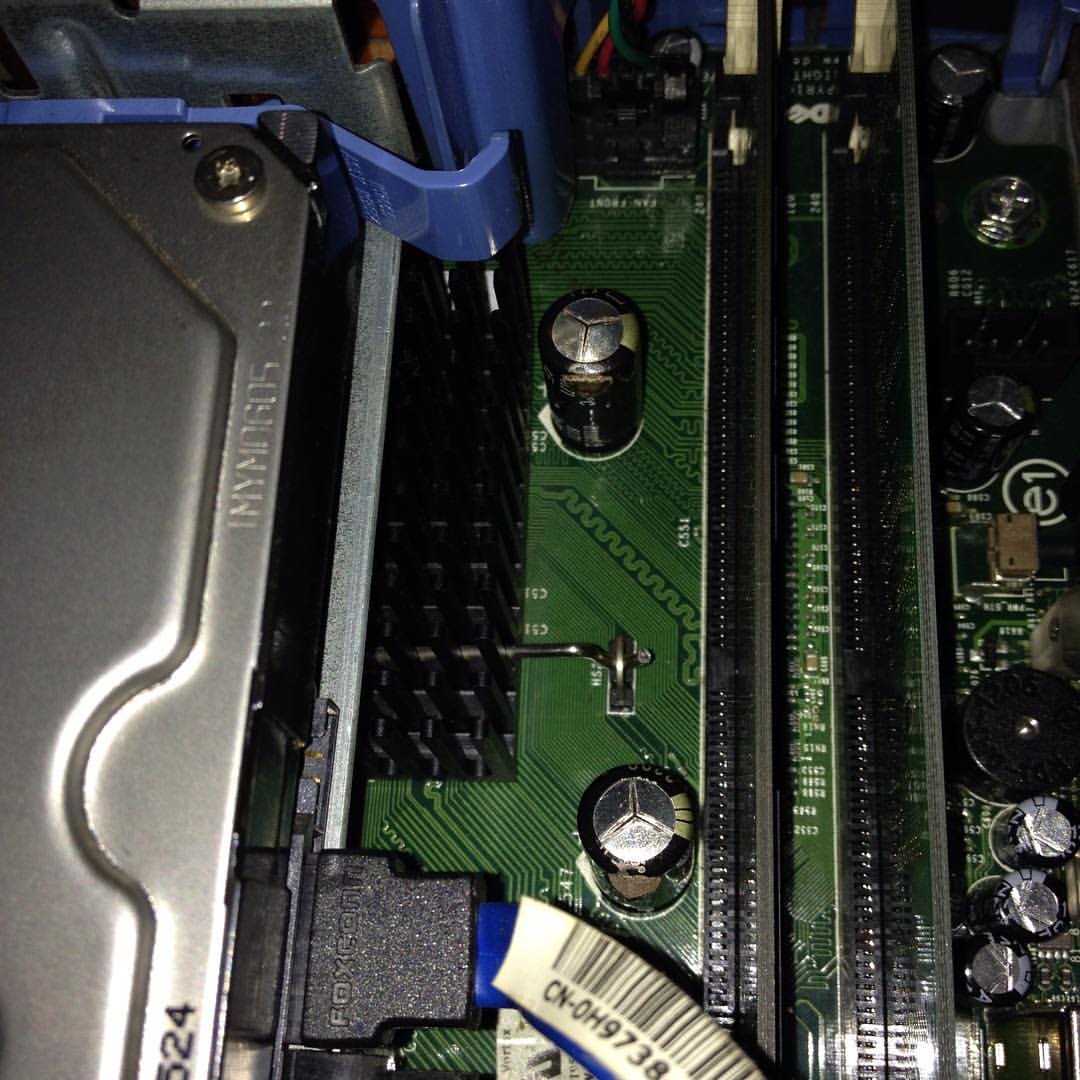 Anybody who collects or uses old computers knows there are a variety of problems you can come across. Heck, even modern computers have some of these issues. Over the years, I think the most common problems I have run across are power supply related. Bad hard drives are pretty common too but those are the easiest to figure out. Bad memory can be a problem but personally, I don’t think I have ever run across a problem that was caused by bad memory though there always seems to be a lot of emphasis on that possibility. Then there are the harder problems to figure out…

Sometimes a computer will become unstable and spontaneously reboot or freeze periodically. A bad power supply can cause this sort of thing but that’s not always the case and from there the problem can get harder to diagnose.

A number of years ago due to safety concerns and changes in the law, most solder changed to a lead free formula. Early implementations (and I’m still not sure the problem has been completely resolved) could crack due to heat stresses. Older Core 2 Duo Dell laptops that had nVidia graphics chips had this problem in part because those chips ran so hot. One symptom was that the laptop turned on but never booted. Often, turning it off and back on a few times (or even putting pressure at the right spot) would seem to fix the problem. It can also cause random reboots. These problems usually get worse over time and the only fixes are to reflow the solder (usually a temporary fix) or replacement of the motherboard. This problem also affected at least some PlayStation 3 and Xbox 360 models.

Another fairly common problem on computers of a certain vintage is bad capacitors. If you open up your computer and you see bulging or leaking capacitors on the motherboard then you know you have a problem. The above picture shows a Pentium 4 motherboard with capacitors that are slightly bulging at the top and leaking slightly. Many times there will only be that slight bulge but this is usually a sign that they are no longer functioning properly and if your computer is behaving badly that is probably why. Usually this only happens on older computers but if your motherboard maker used cheap or faulty capacitors it can start happening in a relatively short amount of time. With the right soldering skills you can replace these capacitors but for most it means it is time for a new motherboard.

« Intel’s Management Engine is a security hazard, and users need a way to disable it MIT Is Making Kid-Friendly Communist Propaganda »