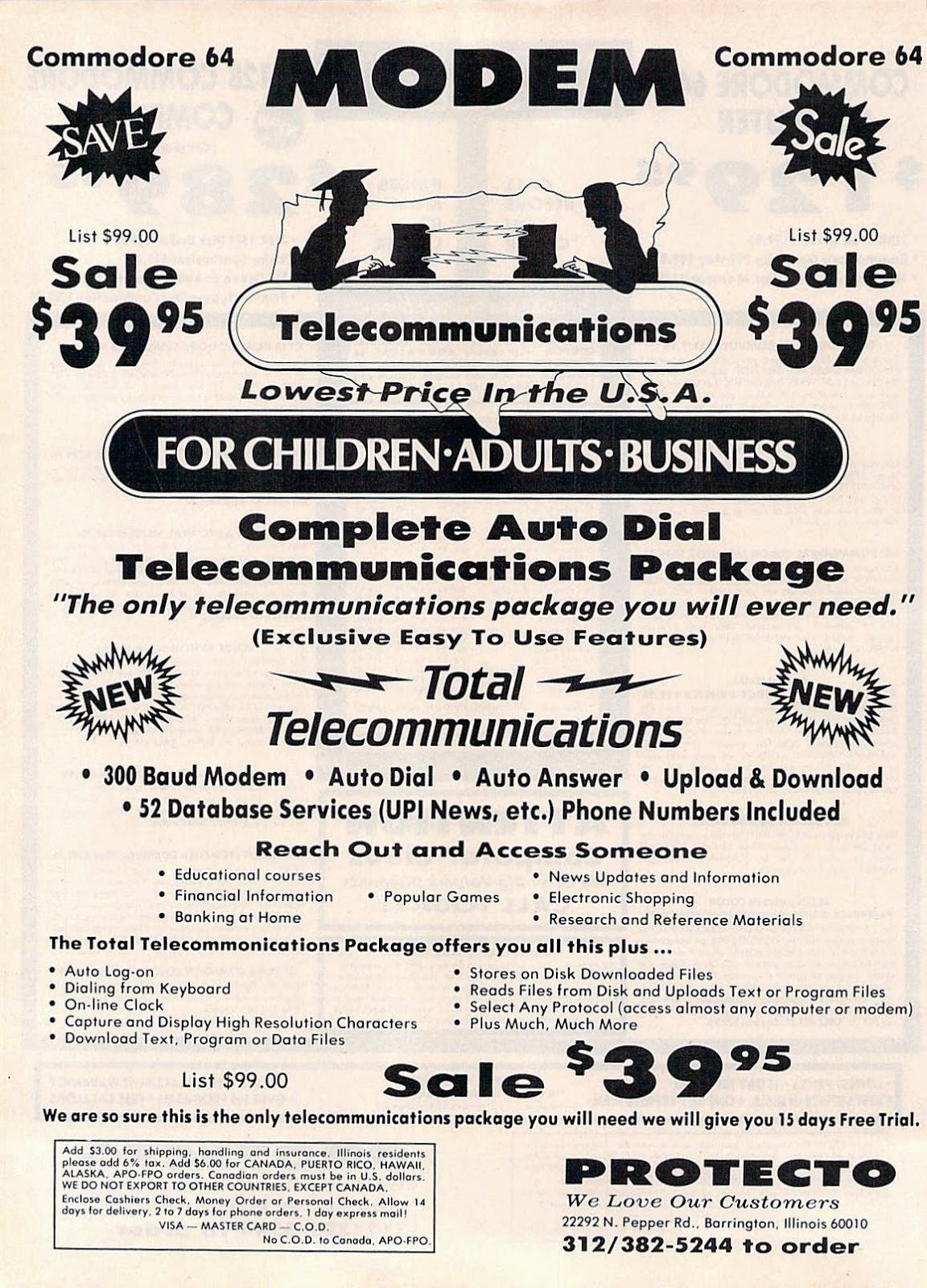 This advertisement comes from the November 1985 issue of Compute!’s Gazette. Gazette was spinoff of Compute!’s main magazine that exclusively covered Commodore 8-bit computers, primarily the Commodore 64. This ad is for a modem that is compatible with the Commodore 64 though it is pretty vague and a bit overly optimistic.

While this ad lists a variety of features, it doesn’t tell you what model you are actually getting. Based on the feature list and time period (1985), my guess is this was a Commodore 1650 modem or clone. The 1660 had just come out (or soon would). It was also a 300 baud modem but it had more advanced features…like tone dialing for instance. At any rate, it must have been a model that Protecto had a bunch of and needed to unload or perhaps they bought them in bulk at a cheap price.

Protecto was a well known mail-order hardware dealer at the time and it wasn’t uncommon to advertise stuff like this. I remember ads for disk drives and monitors from various mail order companies that were intentionally vague about the model you were getting. However, their claim that this would be “The only telecommunications package you will ever need” is a little bit of an exaggeration. I doubt the software was that outstanding and 1200 baud modems were already around and that was a huge speed difference. Nevertheless, $39 was a pretty good price for a modem and if you were just looking for something cheap to get on line with then this wasn’t a bad deal.