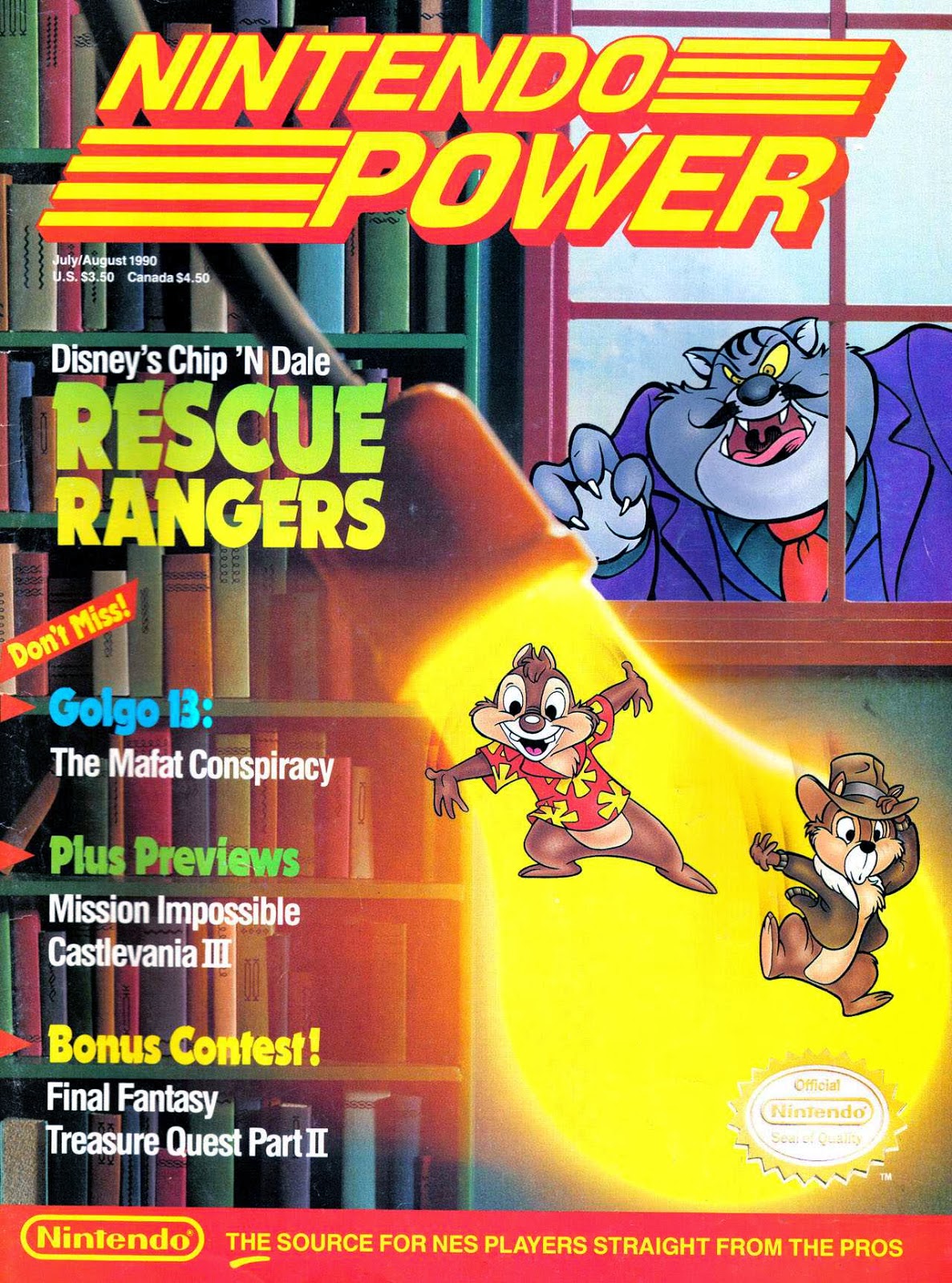 In the Summer of 1990, although the Sega Genesis and TurboGrafx-16 had come out, The Super Nintendo was still a little over a year away (at least in the U.S.) so Nintendo Power was still covering Nintendo’s two original systems, the NES and the Game Boy. At this early point in their lives, the Genesis and TG-16 may have had flashier graphics and sound but the NES still ruled on the quantity of quality games, several of which can be seen in this issue of Nintendo Power.