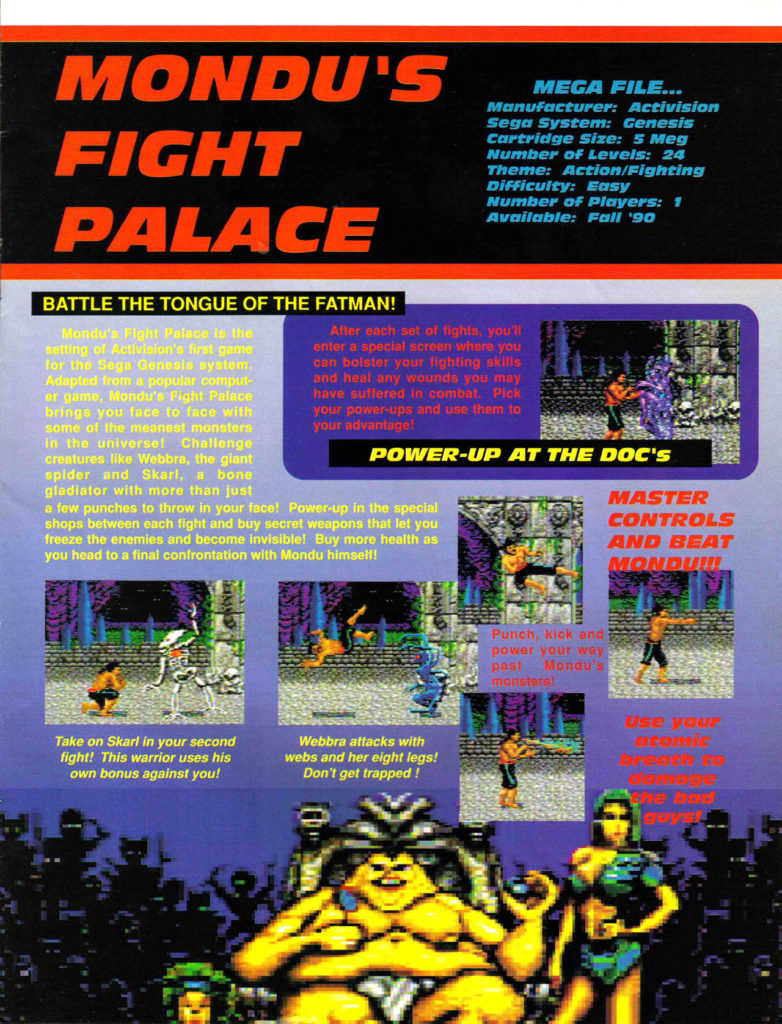 The MS-DOS version was released in 1988 followed by the Commodore 64 version in 1989 and finally the Sega Genesis version in 1990. Regardless of the title or release, it is basically the same game which is a fighting game in the form of a sort of alien bloodsport. The game didn’t get very good reviews which begs the question of whether or not the name retitling was just a way to try to fool people. The game is certainly strange and unique to say the least. There are a large variety of fighters compared to other fighting games of the time and the game is full of weird details and extra touches. It is also a very graphic game for the time. However, the gameplay just isn’t that great. It’s not the most responsive game in the world and the action is more frustrating than anything. You would think by the time they ported this game to the Genesis that they would have improved upon the problems but that just doesn’t seem to be the case. This is a game with a lot of promise and might be interesting as a remake but except for curiosity’s sake, there’s no reason to play this one.