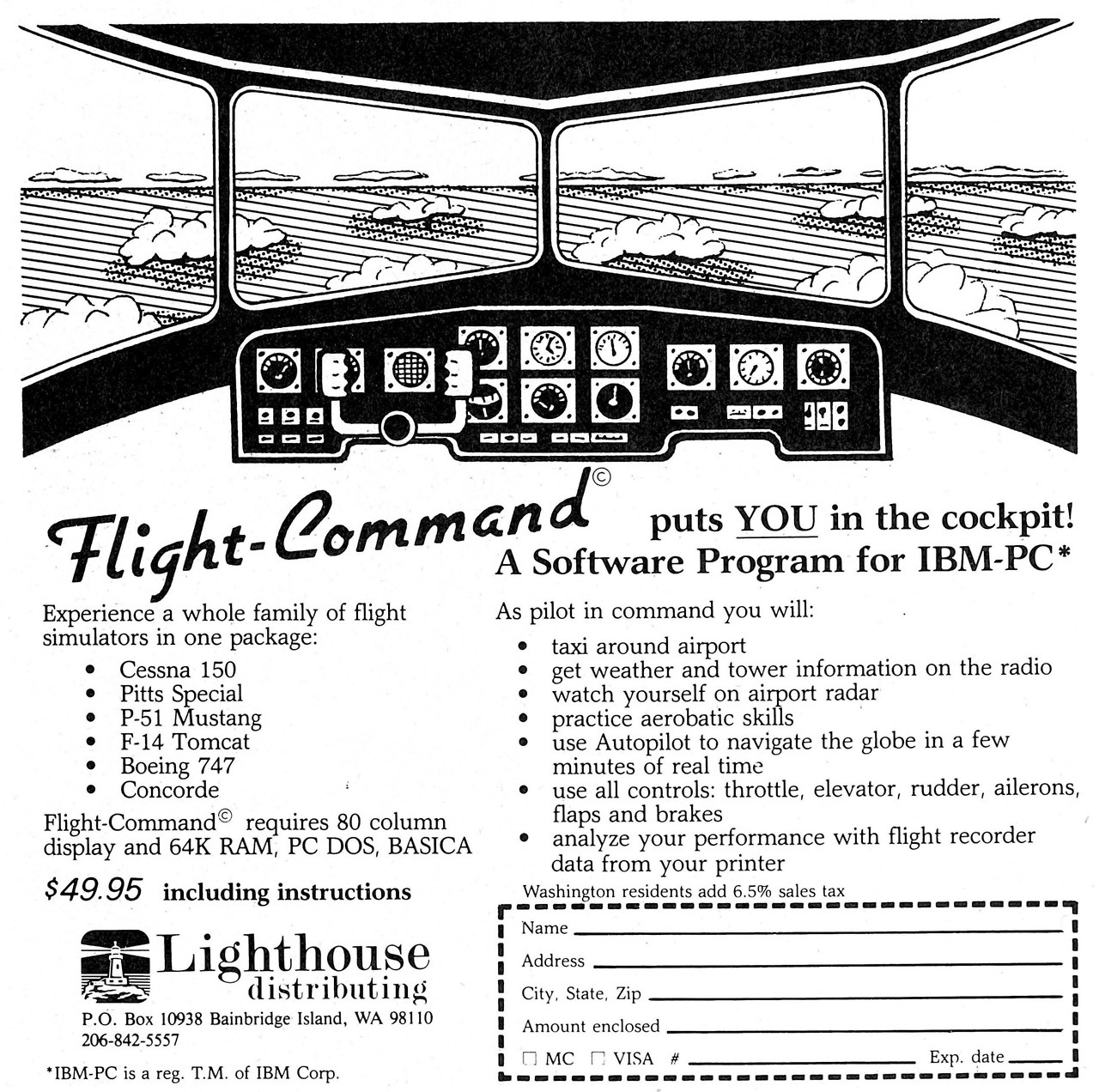 This is an ad for a flight simulator from 1982. It is for DOS-based PCs, which at the time would have only been the IBM PC. This must have been one of the earliest flight simulators available for the PC.

I couldn’t really find much on this game though the requirements tell a story. It only required 64K of RAM which was what the original IBM PC came with when it was introduced. It also requires an 80-column display. Though you could have a 40-column display with the PC I don’t know if that was particularly common. Interestingly, it also requires BASICA so I assume that this game was written in BASIC. This game was probably only available via direct order as in this ad.

Like I said, I couldn’t really find much on this one but I limited my googling to 5 minutes or so. The ad pops up various times in 1982 and 1983 issues of PC Magazine. If anybody has any screenshots, post them in the comments.