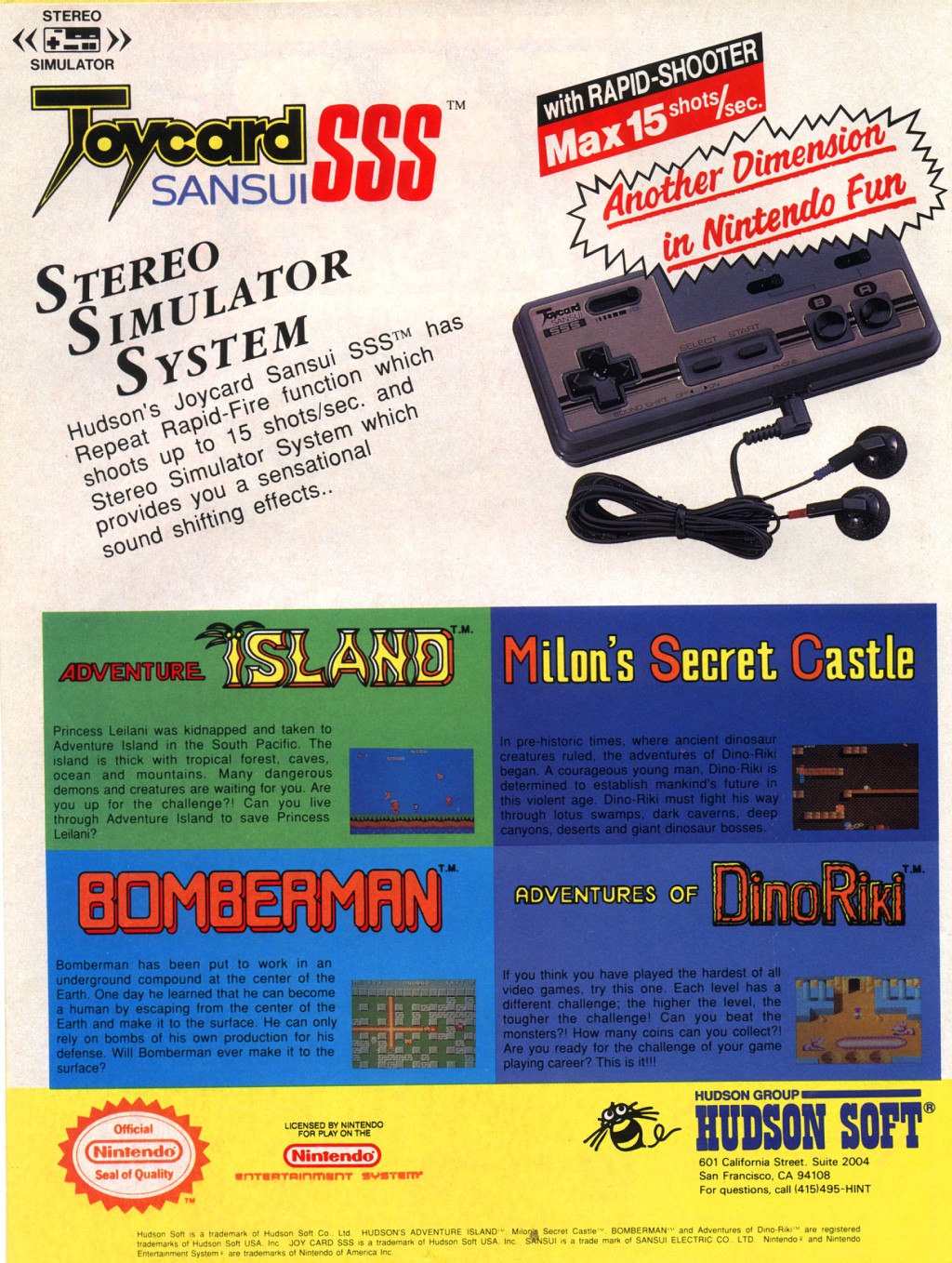 Before Hudson Soft went on to produce games for and market the TurboGrafx-16, they produced a number of games and even an accessory or two for the NES. This particular ad from the October 1989 issue of VideoGames & Computer Entertainment shows what they had available at that time.

In addition to four games (Adventure Island, Milon’s Secret Castle, Bomberman and Adventures of Dino Riki), all of which are deserving of their own posts one of these days, there is also an interesting controller called the Joycard Sansui SSS. The SSS stands for Stereo Simulator System. The layout was essentially the same as your standard NES controller but it offered a couple of interesting and novel additions.

First, there were turbo selectors for each button that allowed you to select multiple turbo speeds independently for each button (they advertise up to 15 shots per second). The other features seems like more of a novelty but could be quite useful if you had no other way to connect headphones to your sound source. This controller has a built-in headphone jack along with a second wire that connects to the audio out on the NES. In addition, it has the option of kind-of simulating stereo sound by adjusting the sound source left or right depending on where your character is on-screen.

I never had one of these controllers but it looks interesting and reviews seem to be pretty good. Has anyone out there have one or tried one in the past?