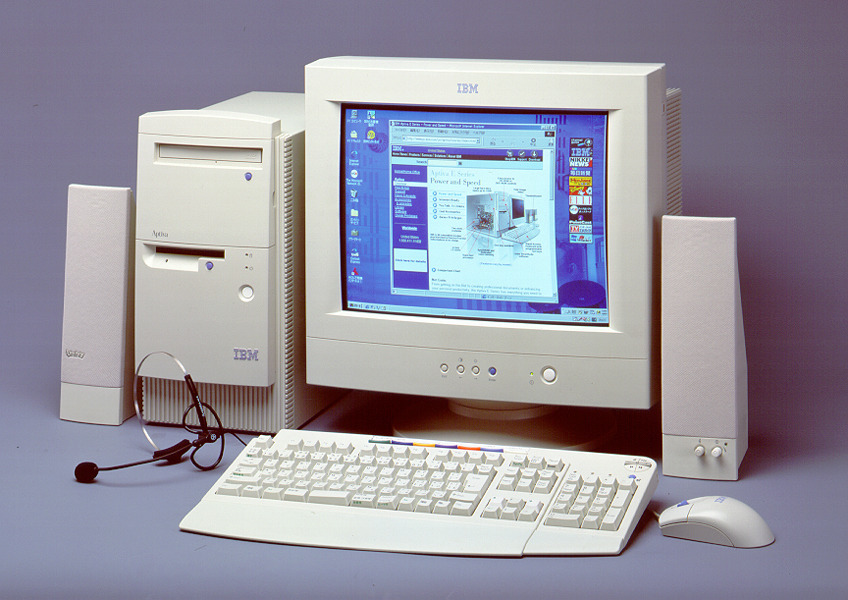 The Aptiva line was the successor to IBM’s PS/2 line and was the last line of consumer oriented computers produced by IBM. The first Aptivas were sold in the Fall of 1994 and were made with Intel’s 486 CPU. The Aptiva line was discontinued in 2001 with no consumer oriented successor. The model above appears to be an Aptiva 2171 or similar which would have been a Pentium III based machine.

IBM did not do all that well with the Aptiva and hadn’t been doing well in the consumer marketplace for a long time. IBM just could not compete on price. You could buy better and less expensive computers from companies like Dell, Gateway, Micron and Compaq among others. Part of the problem was a spat they had with Microsoft (Aptivas did not initially ship with Windows 95) but the bigger problem was really IBMs inability to adapt to a changing marketplace. This was a problem that started back when the first cheap clones started to appear.

IBM held on for a while longer with their Thinkpad laptop line but they ultimately sold that line to Lenovo in 2005. Today, IBM is mostly an IT services company providing various cloud and IT services to corporations.

📂This entry was posted in Computer Arcana 📎and tagged Aptiva DOS <a href="http://www.megalextoria.com/wordpress/index.p