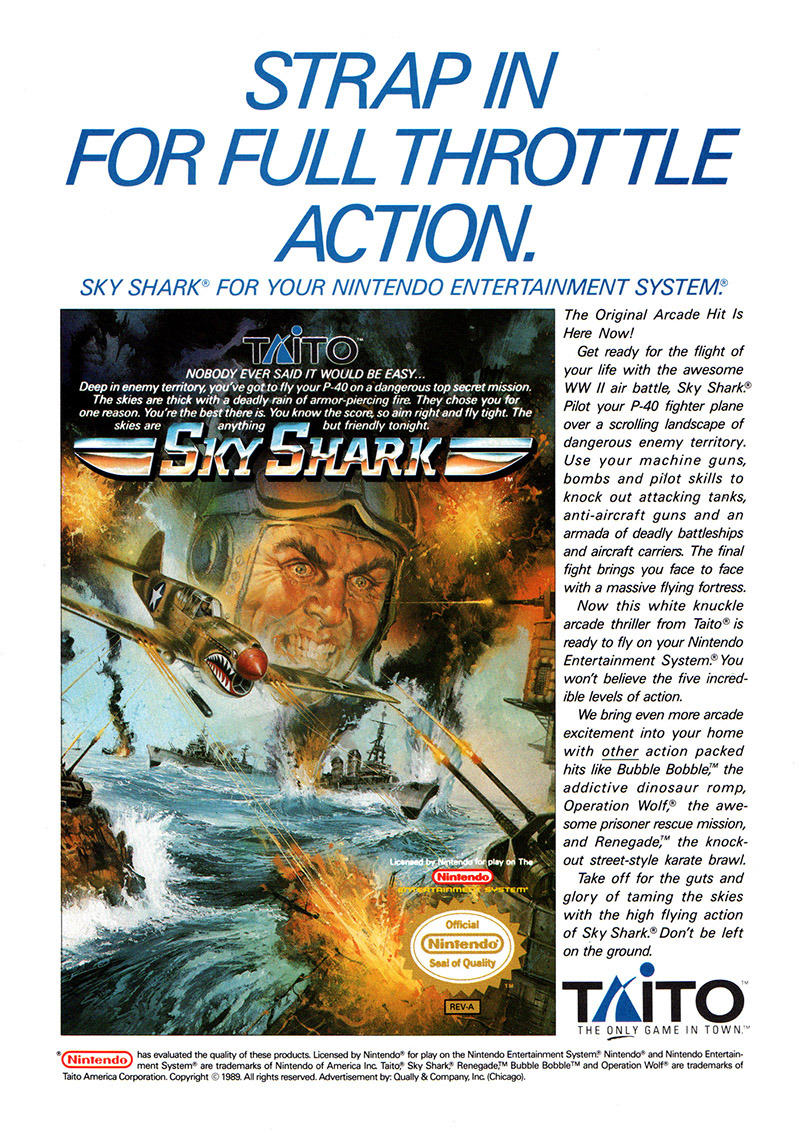 Sky Shark was originally released as an arcade game by Taito in Japan under the name “Flying Shark”. It made its way to the U.S. (with the name change) under Romstar. There were a number of home ports but none of them were released in Japan. The NES port in particular was a North American only release by Taito America. Sky Shark is a top down vertically scrolling shooter in which you control a bi-plane. It’s an above average game with nice graphics but the variety in terms of weaponry is pretty limited. You start off with four lives and three bombs. Additional bombs and lives can be found as well as up to six gun upgrades. No doubt because of Nintendo’s restrictive licensing policy, you won’t find this game on other game systems. However, it was available for various home computers including the Commodore 64, Amiga and Atari ST among others. They are all pretty decent versions and shooter fans should give one of them a try. It seems like this one would be a pretty good candidate for a re-release but as far as I know it hasn’t been. You will have to find one of the originals or resort to emulation.