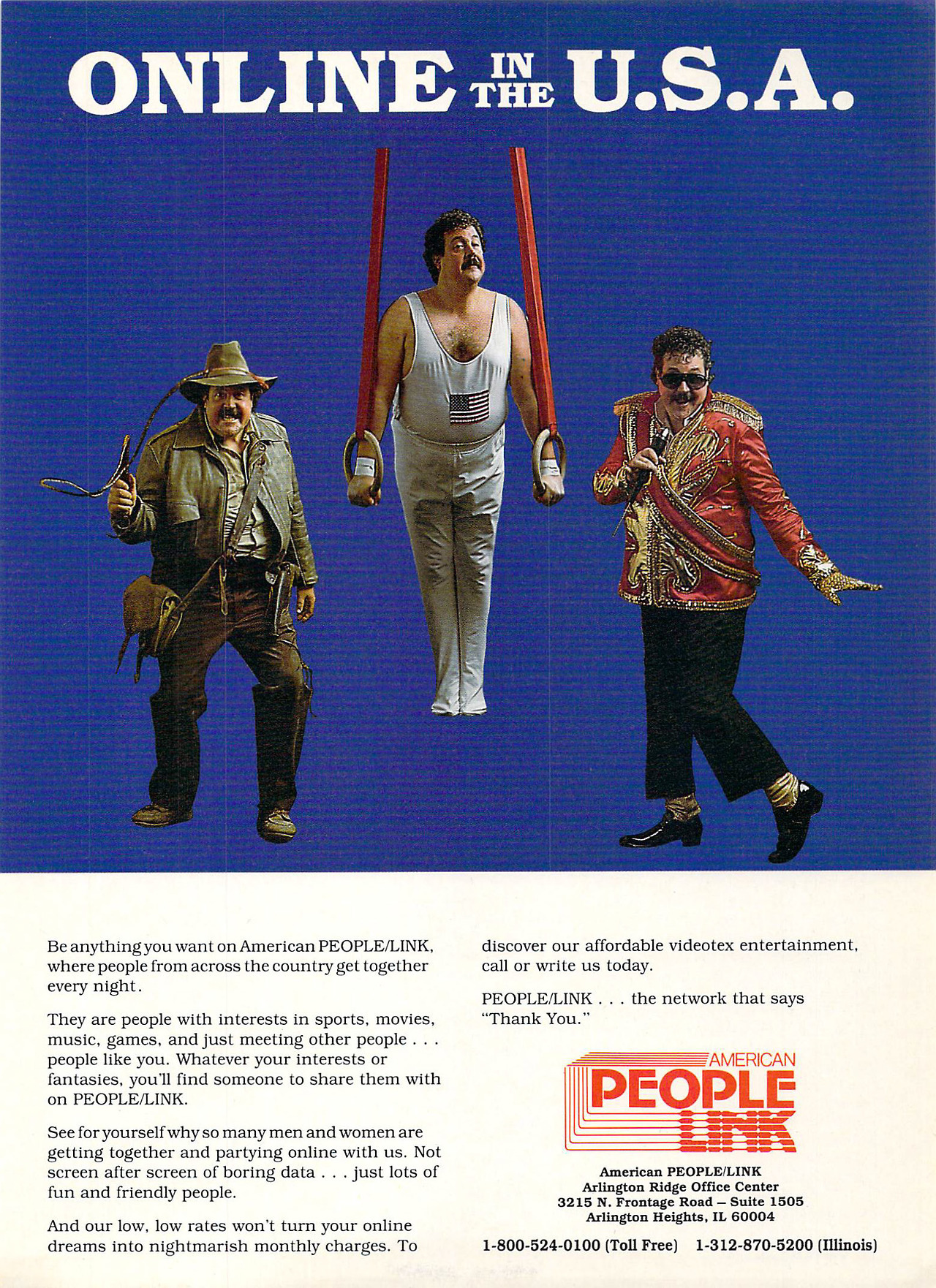 American People/Link was an early, pre-internet online service. There were a number of them starting in the late 1970s and continuing to the early 1990s when they started to turn into pretty generic Internet Service Providers. American People/Link must not have been all that successful as I don’t remember them at all.

Some early successful services included Compuserve, GEnie, Prodigy (briefly successful anyway), Quantum Link (for Commodore users – later America Online), etc. For the most part they offered the same sort of services. E-mail, chat, discussion areas and file downloads. They could be very expensive though. Typically off-peak evening and weekend hours were $6-$10 per hour with peak times being much more expensive. Often, file downloads cost extra though there might be certain files that were free. They functioned like giant BBSes. Service was national (or maybe international in some cases) but you were limited to interacting with other people that used that specific service. Until these services started offering things like Usenet access and true Internet e-mail, there was no way for users of, for example, Prodigy to interact with users of GEnie.

This American People/Link ad is from 1985. The ad is pretty goofy which might explain some of their lack of success. I couldn’t really find much about them so I’m not sure how their service compared to the other services of the day.

📂This entry was posted in Computer Arcana 📎<span