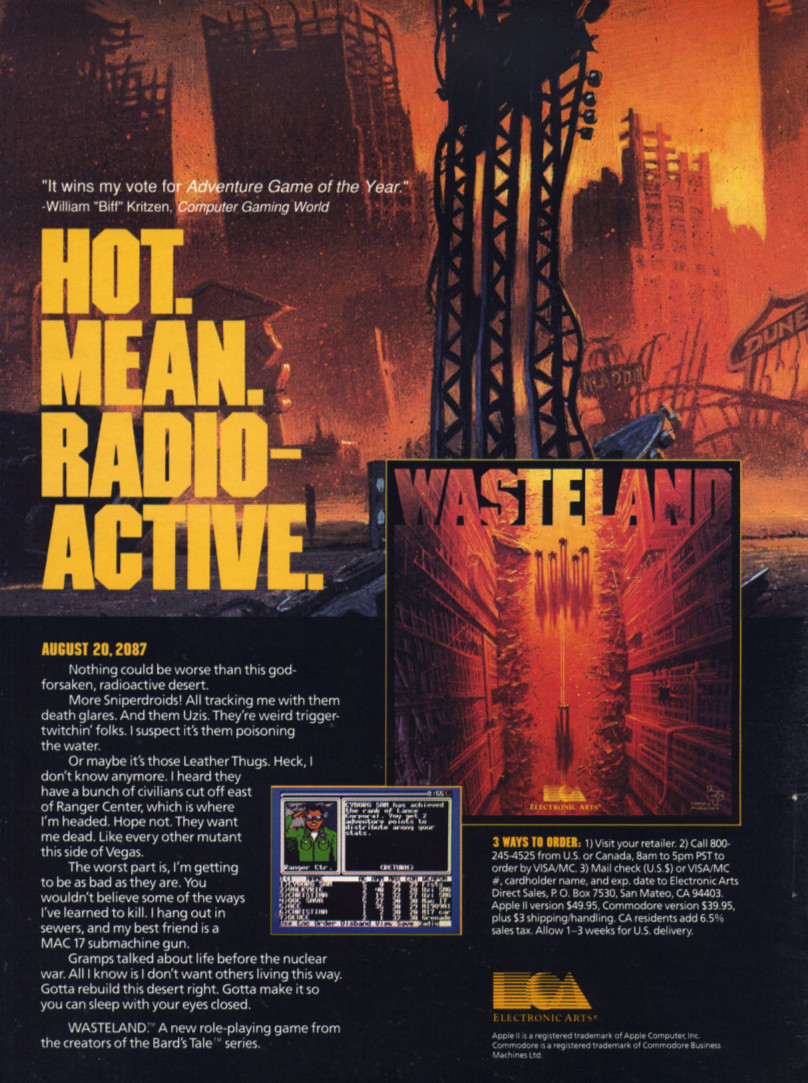 Wasteland is one of THE classic role-playing games for 8-bit computers. Unlike most RPGs, Wasteland was not set in a fantasy world of wizards and dragons but in a post-apocalyptic future. Wasteland was developed for the Apple 2 and ported to the Commodore 64 and DOS based computers and released in 1988. Originally, two sequels were planned but one was turned into an unrelated game (Fountain of Dreams) and the third was cancelled (Meantime). Wasteland was a favorite of critics and fans alike and was hugely successful but it took five years to develop which is an unheard of amount of time, particularly for that era.

Wasteland is a turn-based RPG somewhat similar to the Bard’s Tale series by the same developers. However, the mechanics were really based on the pen and paper role-playing games Tunnels and Trolls and Mercenaries which were created by designers of Wasteland.

Fallout, while not a direct sequel, was inspired by and has many references to Wasteland. Fallout was released in 1998 and has spawned a series of sequels and spinoffs that continue to this day. Most of these games, particularly the original, have also been huge critical and popular successes. Wasteland did not receive a direct sequel until the Kickstarter funded Wasteland 2 was released in 2014. Wasteland 3 is scheduled for a 2019 release and it appears this series is continuing the high quality everyone has come to expect from these semi-related post-apocalyptic games.

The above ad is from the August 1988 issue of Computer Gaming World.