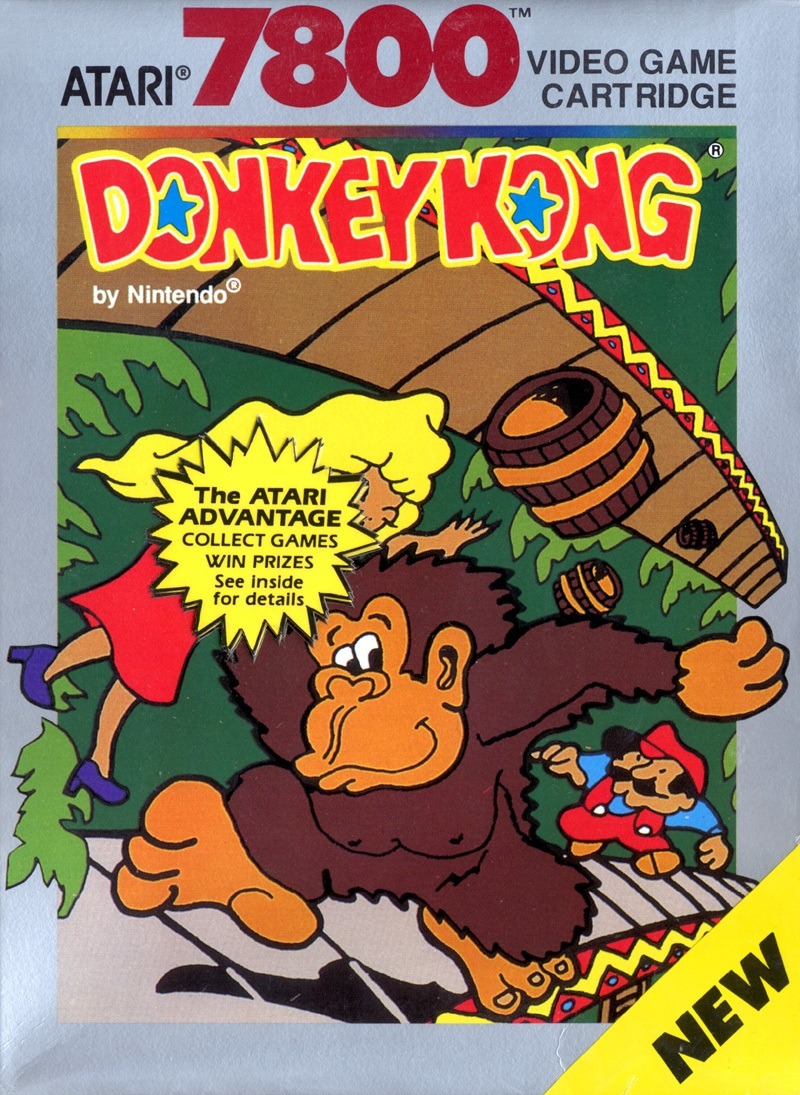 The Atari 7800 version of Donkey Kong isn’t bad. However, the NES version has slightly better graphics and greatly superior sound. Most games for the Atari 7800 made use of the same sound chip that the Atari 2600 used which was pretty limited. While not a bad game, the fact that it wasn’t quite as good as the NES version released years earlier did not help the Atari 7800. The Atari 7800 was a capable enough system but Atari had a bad habit of cutting corners by severely limiting first party game development time and cartridge memory in order to cut costs and it shows in this game. It’s just ok but it could have been much better.

There are a million ways you can play Donkey Kong but if you want to try out the Atari 7800 version then you will have to obtain an original system and cartridge or resort to emulation. However, even though it is a decent conversion, it is hard to recommend this version when there are better conversions and arcade perfect translations out there.

Screen shots above are from the Atari 7800 version.