Shockman is a platform game released for the TurboGrafx-16 in 1992. The Japanese title is “Kaizou Chouin Shuibinman 2: Aratanaru Teki”. In Japan the game was part of a series but Shockman was the only one in the series released in North America. 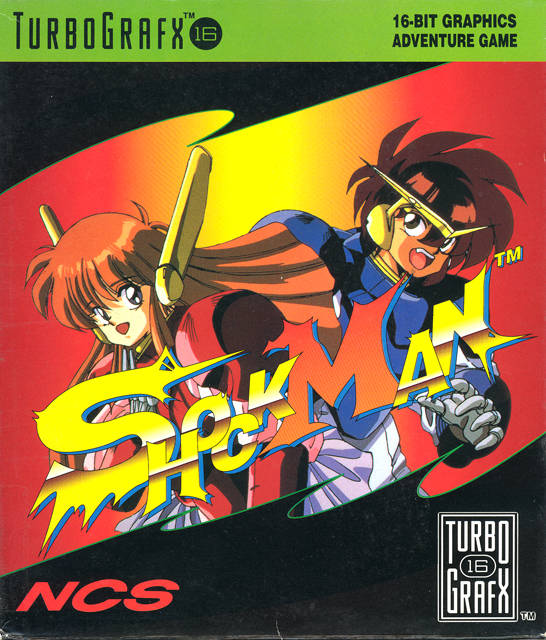 Shockman is a pretty average platform game. It has decent graphics and level design and if you are looking for a game in this genre on the TG-16 then it isn’t a bad choice. The game was also released on the Wii’s Virtual Console in 2007. As of 2014 it is also available on the Wii U’s Virtual Console but only in Japan. 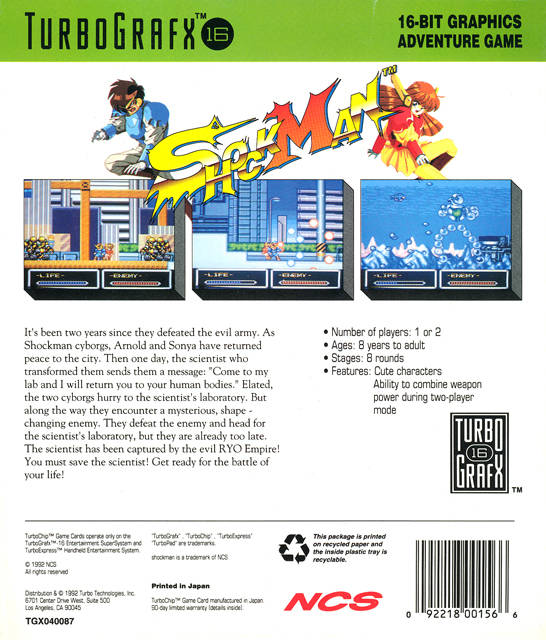