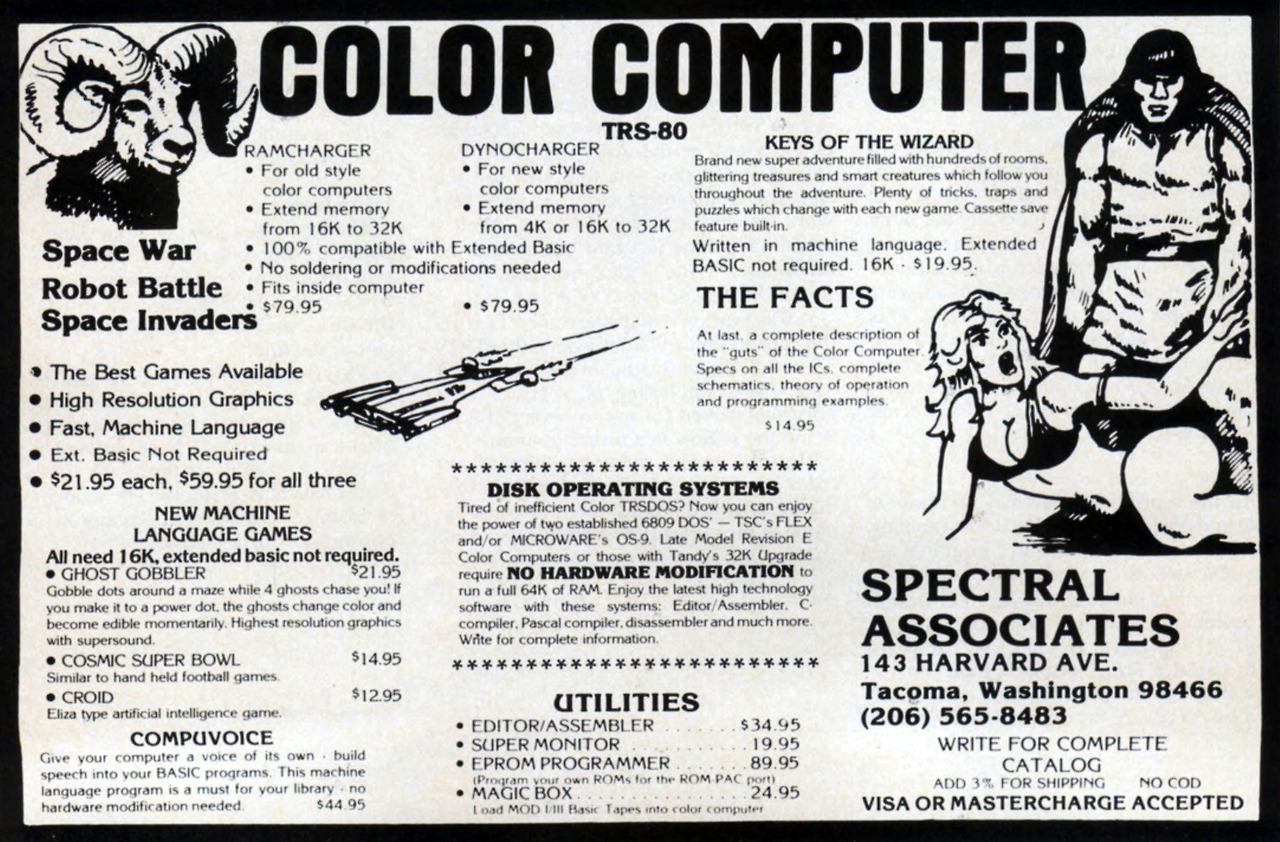 The Color Computer was a fairly popular and one of the longest supported computers of the 8-bit era. It was not at all related to the standard TRS-80 (Models I-IV) and used the relatively unique 6809 CPU which was pretty advanced for the time and had some 16-bit features. For some reason the Color Computer line never really gained a huge amount of third party software support as compared to others like Atari, Apple and Commodore but it had decent support from Radio Shack for more than a decade (and there was SOME 3rd party support).

The above ad by Spectral Associates, a retailer for Color Computer upgrades, accessories and software, is from 1982. There were three Color Computer models throughout the year but in 1982 when this ad appeared they were still on the original iteration. As you can see from the ad, 1982 was early enough in the life of home computers that software just being written in machine language (as opposed to BASIC) was considered a selling point.