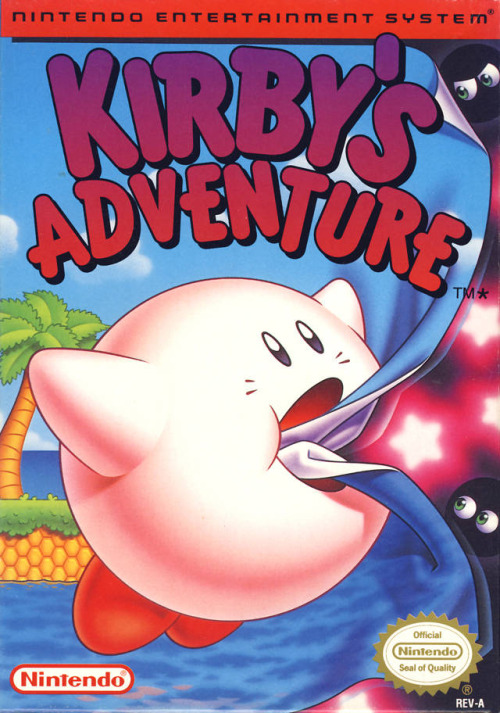 Kirby’s Adventure is the second Kirby game and the first and only one to appear on the NES (Kirby first appeared on the Game Boy). Kirby’s Adventure was released in May of 1993 which was very late in the life of the NES. At this point, the Super Nintendo had already been out for nearly two years.

One of the advantages of having been released so late is that developers knew pretty much everything there was to know about the NES and could squeeze every last ounce of power out of it. It really shows in this game and if you are looking for a game to demonstrate what the NES can do then this is one of the best.

Kirby’s Adventure, like most Kirby games, is a platformer. If I were going to compare it to anything it would be the Super Mario Bros. series so if you are looking for more games like that then Kirby’s Adventure is a good choice. It got generally very good reviews with the only real criticism being that it was too short.

There were a number of remakes and re-releases on other systems for those that want to play it on something other than the NES. In 2003 it was remade for the Game Boy Advance and titled Kirby: Nightmare in Dream Land. The original NES version was released on the Wii Virtual Console in 2007. It was also released on the Nintendo DS in 2011 as part of the 3D Classics series. Both the original version and the GBA remake were released on the Wii U Virtual Console in 2013 and 2014. Also in 2013 Kirby’s Dream Collection was released for the Wii which includes Kirby’s Adventure.

Above is the box art for Kirby’s Adventure on the NES.