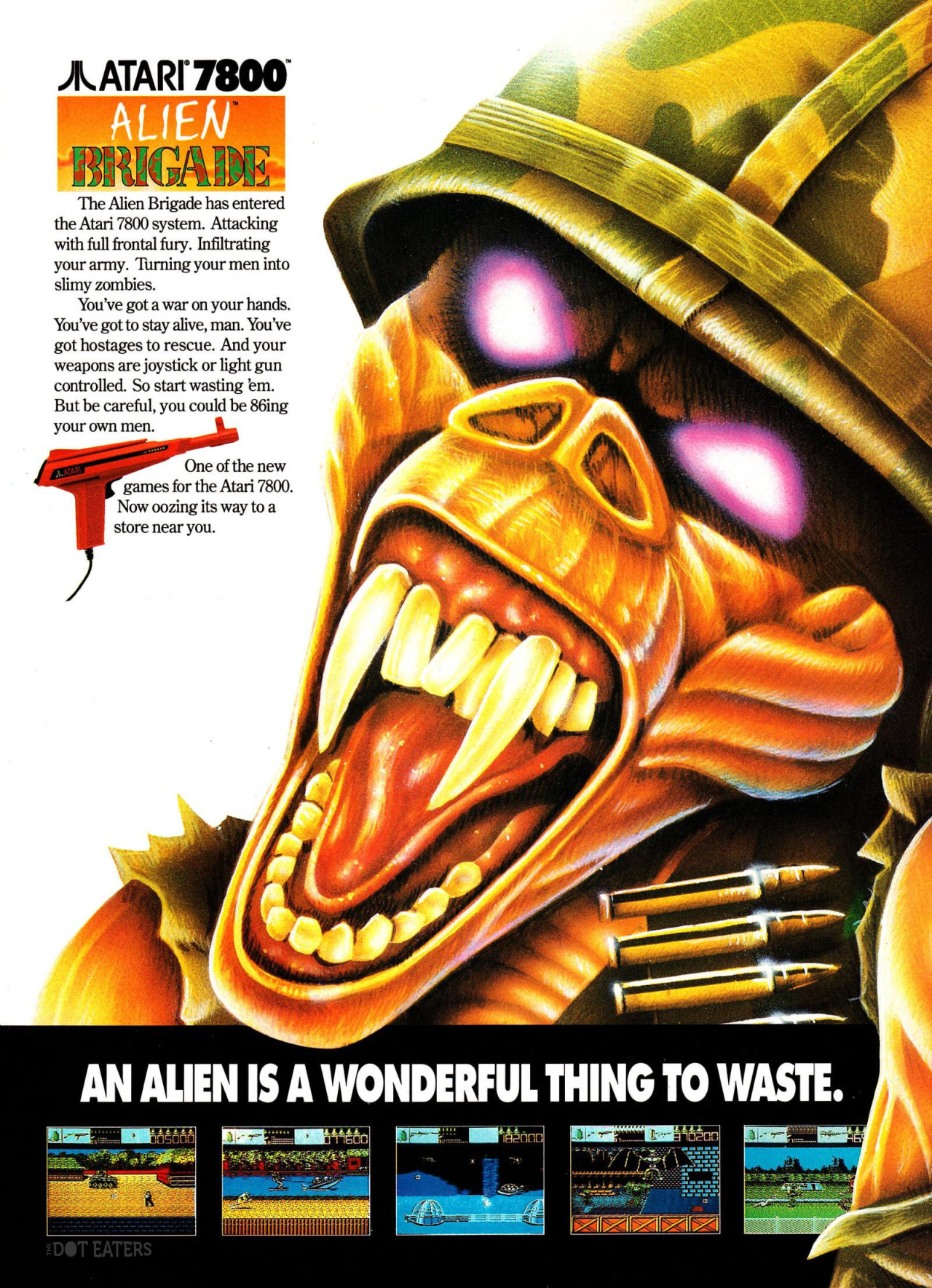 Alien Brigade is one of the relatively few games released exclusively on the Atari 7800. Alien Brigade was a rail shooter and was somewhat similar to games like Operation Wolf. It could be played either with a joystick or with a light gun. In Alien Brigade, the screen would scroll to the left and/or right while various enemies such as aliens and brainwashed soldiers would tried to kill you. Your primary goal was to kill them first though each level had its own specific objective such as saving civilians or destroying specific targets. There are also other things to shoot (and get shot by) like tanks and helicopters. Destroying certain things will produce health, more ammo or more powerful weapons for you to use. Running out of health leads to your death and the end of the game.

Alien Brigade was released pretty late in the Atari 7800’s life cycle in 1990. Nevertheless, it was marketed pretty heavily, at least for an Atari 7800 game, with print ads (like the one at the top) and other promotional material. Of course, it’s likely Atari just didn’t know what they were doing and didn’t know at the time these marketing decisions were made that they would soon be phasing out the 7800.

If you like these kinds of rail shooters than this one is actually pretty good and compares favorably with games like Operation Wolf. This one is definitely worth picking up if you own an Atari 7800. You will most likely have to be using a CRT based television or monitor for the light gun to work though and the light gun is the preferred controller for this game.

As I mentioned before, Alien Brigade is exclusive to the Atari 7800 and that system remains the only way to play this game other than emulation. I’m not sure how practical it is to get any kind of light gun working with emulation. You may have to resort to using a joystick or other controller if you go this route.