I Want To Believe: Why the New X-Files Series Will Be Worth the Wait 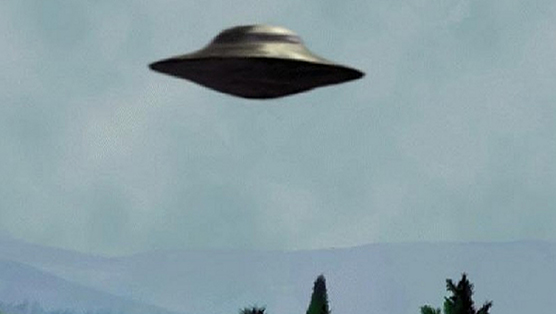 Sometimes it’s hard to believe that The X-Files debuted on Fox over 20 years ago—partly because David Duchovny and Gillian Anderson seemingly refuse to age, and partly because of the way the show’s world is still very much thriving in its fans’ minds. With its story of FBI agents Fox Mulder (Duchovny) and Dana Scully (Gillian Anderson)—their encounters with the supernatural and their fight to uncover a government conspiracy—The X-Files built a fan base slowly and deliberately over time, an act even more impressive given the show’s cluing in early to the power of the world wide web’s chat rooms, but gone from networks before such things as social media made brand-building so ubiquitous.

Due to this continued interest (especially via the show’s availability on Netflix and Hulu), there has already been one attempt at a revival: the 2008 film The X-Files: I Want to Believe, a standalone story that found Mulder and Scully drawn into a new FBI case years after the end of the series. All in all, it came off like a meager lark; ignoring the more recognizable themes of the series, its execution felt slapdash, its story too slight—basically, it fell short of satisfying fans’ appetite for more of The X-Files as they knew, and loved, it. Still, series creator Chris Carter has nonetheless resisted letting go of the franchise, making Internet headlines over the past few years by suggesting the possibility of more movies, though none of these came to fruition.

But then, earlier this year, a new, unexpected announcement: The X-Files would return to FOX, its home network, for a limited series with a six-episode run in 2016. Oh, but there was more: There would be an alien abduction; somehow, fan-favorite characters the Cigarette Smoking Man (William B. Davis) and the Lone Gunmen would return—despite being unceremoniously killed off in the show’s final season; and even some of the series’ best writers, Glen and Darin Morgan and James Wong, would be penning new episodes. All good signs, but doubt remains. If the underwhelming I Want to Believe set the precedent, then why get excited for another revival?

Like many television series, The X-Files by its very nature is poorly suited to the Hollywood film format, in particular due to the unanswerable questions at its core (and thus its inability to provide the satisfying resolution that film-going audiences expect) and the immersive world it crafts as the series unfolds. Though it features both serial “mythology” episodes (which follow the abduction of Mulder’s sister, his quest to find her, and the government cover-up of a possible alien invasion) and those stand-alone stories dubbed “monster-of-the-week” entries, the perspective of the former fuels the success of the latter. A new X-Files film is going to lose a lot in translation, while a new X-Files series opens up the potential for the kinds of longer story arcs that fleshed out the show at its peak.

To date, there have been two X-Files films: 1998’s The X-Files: Fight the Future and the aforementioned I Want to Believe. Fight the Future, which hit theaters in the summer between seasons five and six, was aimed squarely at the show’s dedicated fans. Though intended to stand on its own as a film, Fight the Future more or less picked up the series mythology where season five left off, with a complicated plot concerning an extraterrestrial “black oil” virus, the discovery of an alien vessel in Antarctica, and something about bees that I don’t quite remember. To fans, it probably felt like a pretty good mythology episode on a grand scale, but the general public’s response to the film, however, is best summed up in Roger Ebert’s critique: “As a pure movie, The X-Files more or less works. As a story, it needs a sequel, a prequel, and Cliff Notes.”

Ten years later, The X-Files: I Want to Believe attempted to avoid the problem of its predecessor by telling a story unrelated to the series’ mythology. It faced a more difficult road, not least because the series had resolved six years earlier after limping through its final few seasons with very little of its original spark, faltering under the weight of its increasingly convoluted storylines and the departure of Duchovny and Anderson. Instead of playing into fans’ hearts with talk of aliens and government conspiracy, I Want to Believe tells the story of a group of missing women in Virginia and the psychic former priest whose visions help solve the case. Mulder and Scully, no longer with the FBI, are nonetheless called in to help. Somewhere along the way, the film unveils a tangled story about Russian organ thieves and stem cell research and the Catholic Church and other things that don’t really make any sense. Divorced from the series at its peak popularity, and due to these problems with story, I Want to Believe was unpopular with audiences and critics alike (and especially disliked by fans, who expected more than a half-hearted acknowledgement of the themes upon which the series was built).

Clearly, as a revival of a beloved property, I Want to Believe faced many challenges—but the biggest challenge, even bigger than dealing (or not) with the extensive mythology, was to somehow capture in a single, traditional narrative film the particular point of view the series took so much time to establish. The central tension of The X-Files television show, and what made it unique when it began airing in 1993, was the fact that it gave us satisfying episodic television in an “open” serial format—meaning that smaller, micro-stories could be told and resolved, but the main questions driving the series were never really answered. The show’s fan base grew out of the perfectly balanced expectation that each episode, mythology and monster-of-the-week alike, would stay in touch with larger, overarching, explicitly X-philic questions: What constitutes a supernatural event? Do extraterrestrials exist? To what extent is the government concealing the existence of aliens and other supernatural phenomena? And usually, just when we think we know an answer, we’re thrown a new curveball.

Though the individual story of the week would typically come to a resolution (though often with one or other of the agents admitting, in final voiceover, that findings are “inconclusive”), regular X-Files viewers understand that much remains unsolved. Hence the show’s most famous mantra: The truth is out there. It is that haunting open-endedness, that out there that drives the entire enterprise—that out there that sparked online message boards and fan conventions the world over.

Source: I Want To Believe: Why the New X-Files Series Will Be Worth the Wait :: Movies :: Features :: Paste