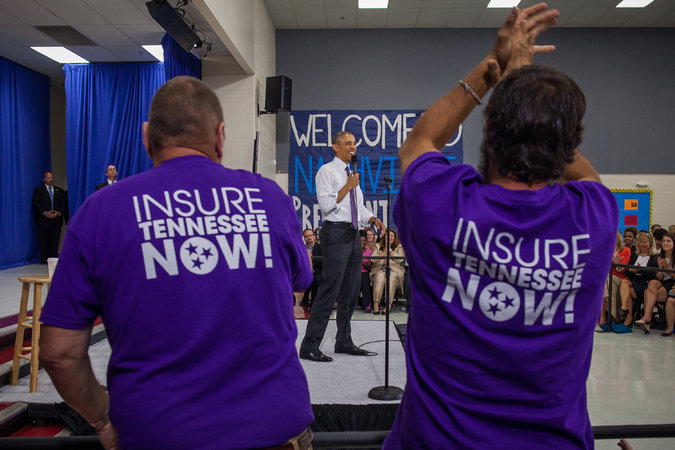 Health insurance companies around the country are seeking rate increases of 20 percent to 40 percent or more, saying their new customers under the Affordable Care Act turned out to be sicker than expected. Federal officials say they are determined to see that the requests are scaled back.

Blue Cross and Blue Shield plans — market leaders in many states — are seeking rate increases that average 23 percent in Illinois, 25 percent in North Carolina, 31 percent in Oklahoma, 36 percent in Tennessee and 54 percent in Minnesota, according to documents posted online by the federal government and state insurance commissioners and interviews with insurance executives.

The Oregon insurance commissioner, Laura N. Cali, has just approved 2016 rate increases for companies that cover more than 220,000 people. Moda Health Plan, which has the largest enrollment in the state, received a 25 percent increase, and the second-largest plan, LifeWise, received a 33 percent increase.

Jesse Ellis O’Brien, a health advocate at the Oregon State Public Interest Research Group, said: “Rate increases will be bigger in 2016 than they have been for years and years and will have a profound effect on consumers here. Some may start wondering if insurance is affordable or if it’s worth the money.”

President Obama, on a trip to Tennessee this week, said that consumers should put pressure on state insurance regulators to scrutinize the proposed rate increases. If commissioners do their job and actively review rates, he said, “my expectation is that they’ll come in significantly lower than what’s being requested.”

The rate requests, from some of the more popular health plans, suggest that insurance markets are still adjusting to shock waves set off by the Affordable Care Act.