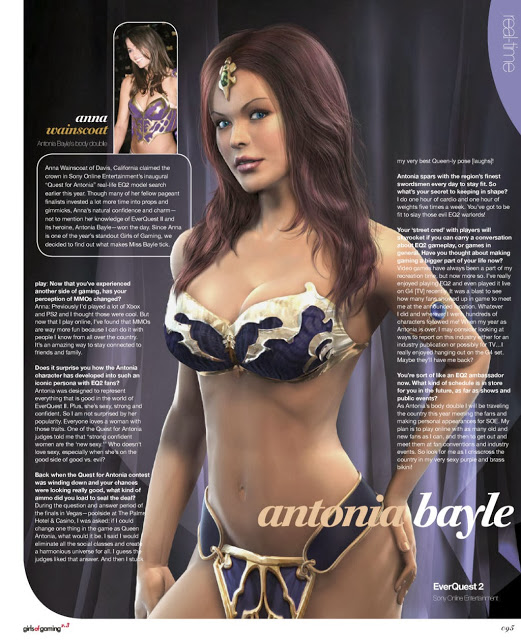 For a while Play Magazine (a gaming magazine published in the U.K.) published a pin-up magazine of sorts called Girls of Gaming. It featured girls from all your favorite video games, anime, etc. In this particular example from the third issue of Girls of Gaming, Antonia Bayle from Everquest 2 is featured. There was also an interview with Anna Wainscoat who won Sony Online Entertainment’s “Quest for Antonia” real-life Everquest 2 model search.