The World Ends With You (Nintendo DS) 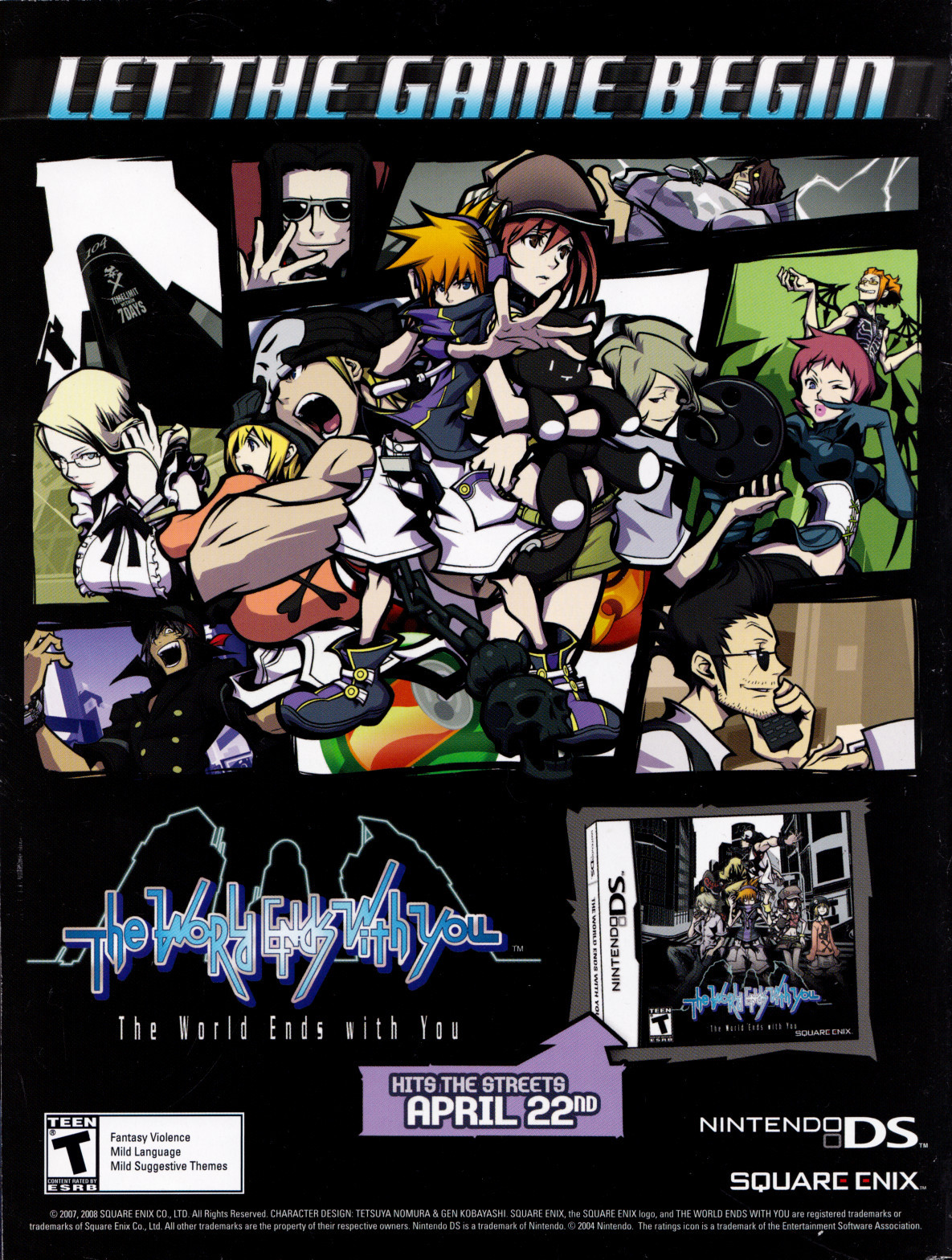 ‘The World Ends With You’

The World Ends with You is an action RPG by Square Enix for the Nintendo DS. This game was released in April 2008 and was influenced by the developer’s previous game, Kingdom Hearts: Chain of Memories as well as by the Shibuya shopping district of Tokyo where the game takes place and the youth culture of that area. This game is certainly unique though it probably isn’t for everybody.

Unlike most RPGs, this one is not set in a fantasy world or in some sci-fi future. It is set in the modern day. However, there are certainly fantasy elements in that the game takes place largely on an alternate plane of reality. The plot is a little difficult to describe but it involves battling the dead or what they become anyway. The control system is as unique as the plot though this isn’t always for the best. Combat uses both screens of the DS and includes performing touchscreen based actions, voice commands and other actions. However, the touchscreen isn’t quite precise enough to make this a smooth experience. However, relatively minor control issues aside, this game got mostly positive reviews and is certainly one of the more unique RPGs out there. It’s worth giving it a try just for that reason.

If you don’t have a DS you can also play the relatively recently released The World Ends with You: Final Remix for the Nintendo Switch. It is an enhanced port of the original and was released just last year in 2018. Previously there were also mobile releases for both iOS (2012) and Android (2014). These newer releases have been reworked to work on a single screen as opposed to the dual screens of the DS. Otherwise you’ll have to track down the original DS version as I don’t think the experience will translate very well to an emulator.