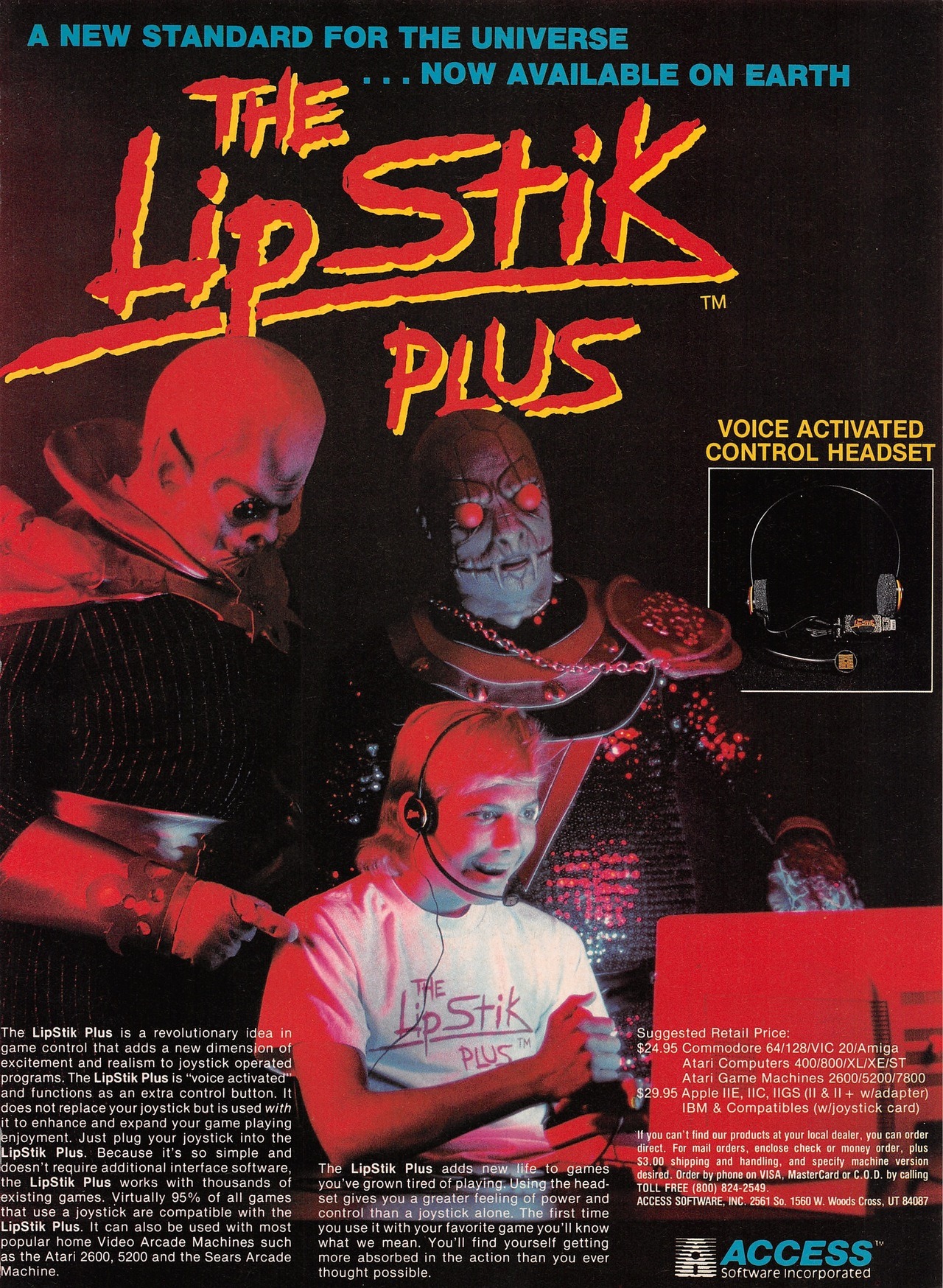 This ad is for the LipStik Plus from circa 1988. It was a game controller of sorts released by Access. While having a headset in 1988 may have seemed cool, this was really a very simplistic device. It allowed you to say fire (or anything else) instead of pressing the fire button.

I am familiar with the LipStik because it came with a game I purchased for my Commodore 64 by Access called Echelon. Echelon is a truly awesome game but the LipStik was completely irrelevant. I’m not really sure what the appeal was for an uncomfortable, too small headset that essentially just gives you a sound activated fire button. It got old pretty quickly after yelling fire! the first few hundred times. Maybe that’s why they started giving them away for free with Echelon. I think that it actually came with the LipStik as opposed to the LipStik Plus. It isn’t clear to me what the difference is except maybe that the Lipstik required using a second joystick port whereas the Plus acted as a pass through.

This add claims compatibility with the Commodore 64, VIC 20, Amiga, Atari 8-bit computers, Atari 2600, 5200 and 7800, Apple II and IBM. The Apple II and IBM versions are $5 more at $29.95 I assume because they used a more expensive connector instead of the cheaper Atari style 9-pin connectors. Or maybe just because they felt owners of those computers were willing to pay more. This wasn’t really worth at at either price point. Perhaps they have some interest to collectors (I only see one listing on eBay at the moment) but it isn’t really very interesting as something to actually use. Maybe I’ll dig mine out and see if I can get some money out of it…