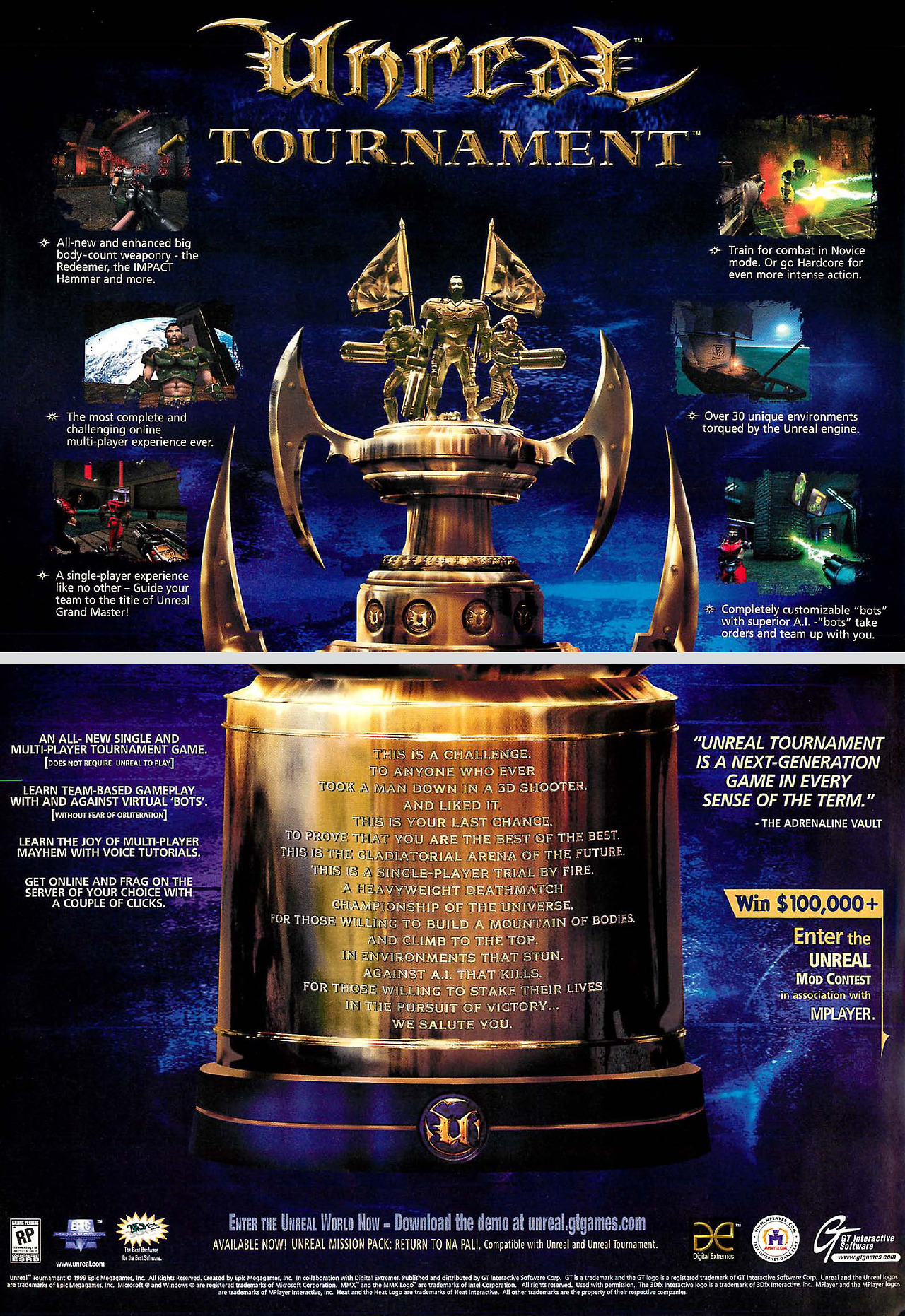 To me, Unreal can barely be considered “retro”. It is what I consider the first of the 3rd wave of modern first person shooters. First person shooters have been around in one form or another almost as long as video games but it wasn’t really a genre of its own until Doom made it one. Doom spawned a multitude of imitators, many built with Doom’s own game engine, as well as a couple of sequels. I consider Quake to be the first game in the 2nd wave. It too spawned many imitators and sequels. Then came Unreal. Like Doom and Quake, Unreal introduced a game engine that would be widely used in other games. Unreal Tournament was actually the second in the series and the last in the series to use the original Unreal engine. Unreal was released in 1998 while Unreal Tournament came out the following year and was a direct competitor to Quake III Arena. While Unreal had a storyline involving an AI uprising on an asteroid colony, Unreal Tournament is really more about optimizing the multiplayer death match experience. There is a single player mode with a story of sorts but it isn’t worth mentioning. Unreal Tournament was arguably a spin-off but it really became the mainline series as most sequels were sequels of this game. Unreal Tournament is much like other first person shooters of the time. The most notable new feature of the game was probably the dodge mechanic. With Doom you could only move forward, back and side to side. Quake introduced various forms of jumping. Unreal was the first to add the ability to dodge. Unreal Tournament was one of the premiere FPS games of its time and is still worth playing today. For the best experience it should be played on a PC and can still be obtained today (e.g. on www.gog.com) but it was also available for the Sega Dreamcast, PlayStation 2 and PowerPC based Macs.