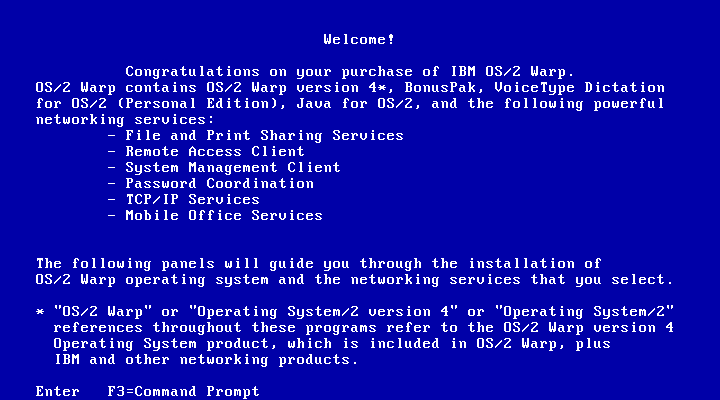 This is the install screen for OS/2 Warp Version 4. OS/2 was a true multi-tasking operating system developed by IBM (though Microsoft was involved early on). OS/2 Version 2.1 was the version I tried on my 486. It was out well before Windows 95, could multi-task very well and could run DOS and Windows 3.1 software. Unfortunately it didn’t have the best video card support and my early nVidia card could only do 640×480 in OS/2. Warp 3 was heavily advertised for a time and was a direct competitor to Windows 95.

It was a great operating system but unfortunately could never compete with Microsoft in terms of popularity and has long since been discontinued. Version 4 was the last major consumer oriented release.

📂This entry was posted in <a href="http://www.megalextoria.com/wordpres