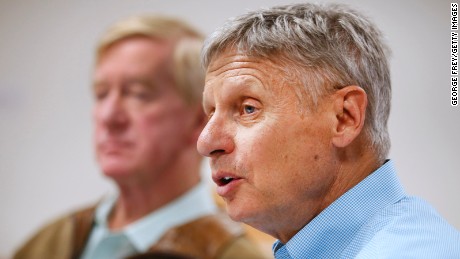 The glowing appraisal of Johnson’s candidacy by the Richmond Times-Dispatch’s editorial board contrasts the former New Mexico governor with Republican nominee Donald Trump and Democratic standard-bearer Hillary Clinton, both of whom lack the proper character traits to be president, the paper said.

“Neither Donald Trump nor Hillary Clinton meets the fundamental moral and professional standards we have every right to expect of an American president,” the editorial board writes.

The editorial also called for Johnson to join the nationally-televised debates alongside Trump and Clinton.