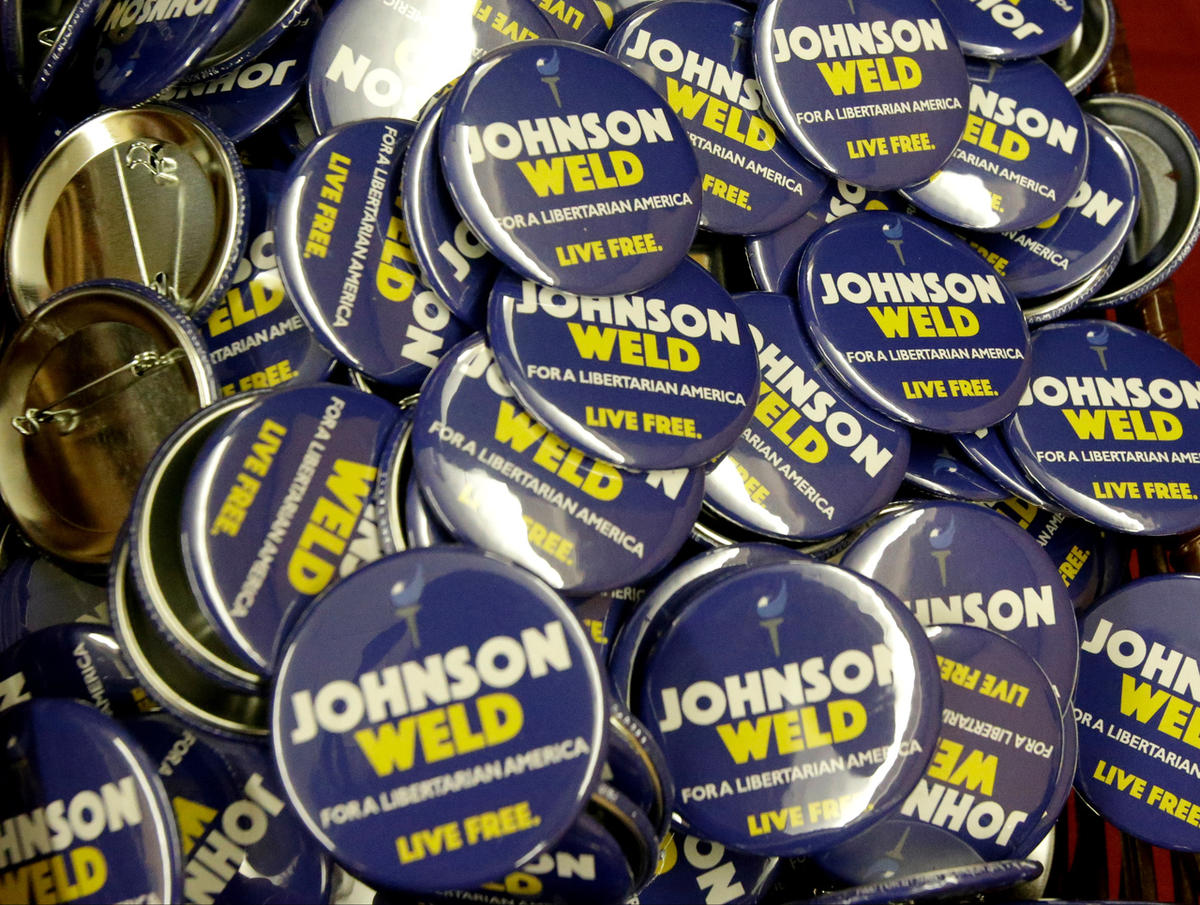 Like many Americans, I’ve voted for different political parties over the years. I voted for George W. Bush in 2000. I voted for Barack Obama in 2008.

In this election, I cannot in good conscience cast a vote for either Donald Trump or Hillary Clinton. Neither of them has the character, the experience or the principles that commend themselves to the American electorate.

They are each an archetypical model of the type of candidate that a responsible and self-governing citizenry needs to reject.

Fortunately, we have another choice: Gov. Gary Johnson of New Mexico and Gov. Bill Weld of Massachusetts, the presidential and vice presidential nominees of the Libertarian Party.

I consider myself a conservative because I am skeptical of government power. I have a deep love of the Constitution and its checks and balances. And I believe that our national unity depends upon civility and a certain sort of refinement.

Johnson and Weld both have those traits. As the Republican governors of their respective states, they wouldn’t both have been overwhelmingly re-elected if they hadn’t reached out and worked well with Democrats.

And yet they governed with fiscal responsibility, earning the highest grades possible for cutting budgets and lowering taxes.

I’ve written before about the promise that the Johnson-Weld candidacy has to disrupt the two-party system. After going to the party’s nominating convention to meet and see Gov. Johnson and Gov. Weld myself, Iemerged convinced that if more Americans and Utahns were to get to know this ticket, they would consider supporting Johnson-Weld.

For good reasons, Utahns are deeply skeptical of both Donald Trump and Hillary Clinton. Both lost badly during the primary campaign here. Note that former Republican presidential candidates Mitt Romney and Jeb Bush have insisted that they, too, will vote for neither Donald nor Hillary.

But do Johnson and Weld, running as a third party, have a real shot at the White House?

Yes, they do — starting with the campaign here in Utah.

Our state can make a real difference in refusing the racial appeals of Donald Trump and the collectivism of Hillary Clinton. We can cast our electoral votes for Johnson and Weld. Remember that in 1992, Utah was the only state in which Bill Clinton came in third place, after George H.W. Bush and Ross Perot.

These are among the issues in which the Johnson-Weld campaign put forth positions starkly different from those of their rivals:

Yes, but what about Gov. Johnson’s support for marijuana and for same-sex marriage?

Gov. Johnson believes that each state should have the right to legalize and regulate marijuana, just as is currently the case with alcohol. As governor of New Mexico, Johnson supported legalization of marijuana in 1999, and a majority of the country now supports this position. As with alcohol today, our nation is better served if this decision is left to the states.

A central premise of libertarianism is that individuals should be free to live their lives without coercion from the state.