The Dangerous Implications of Upholding Racial Preferences at UT 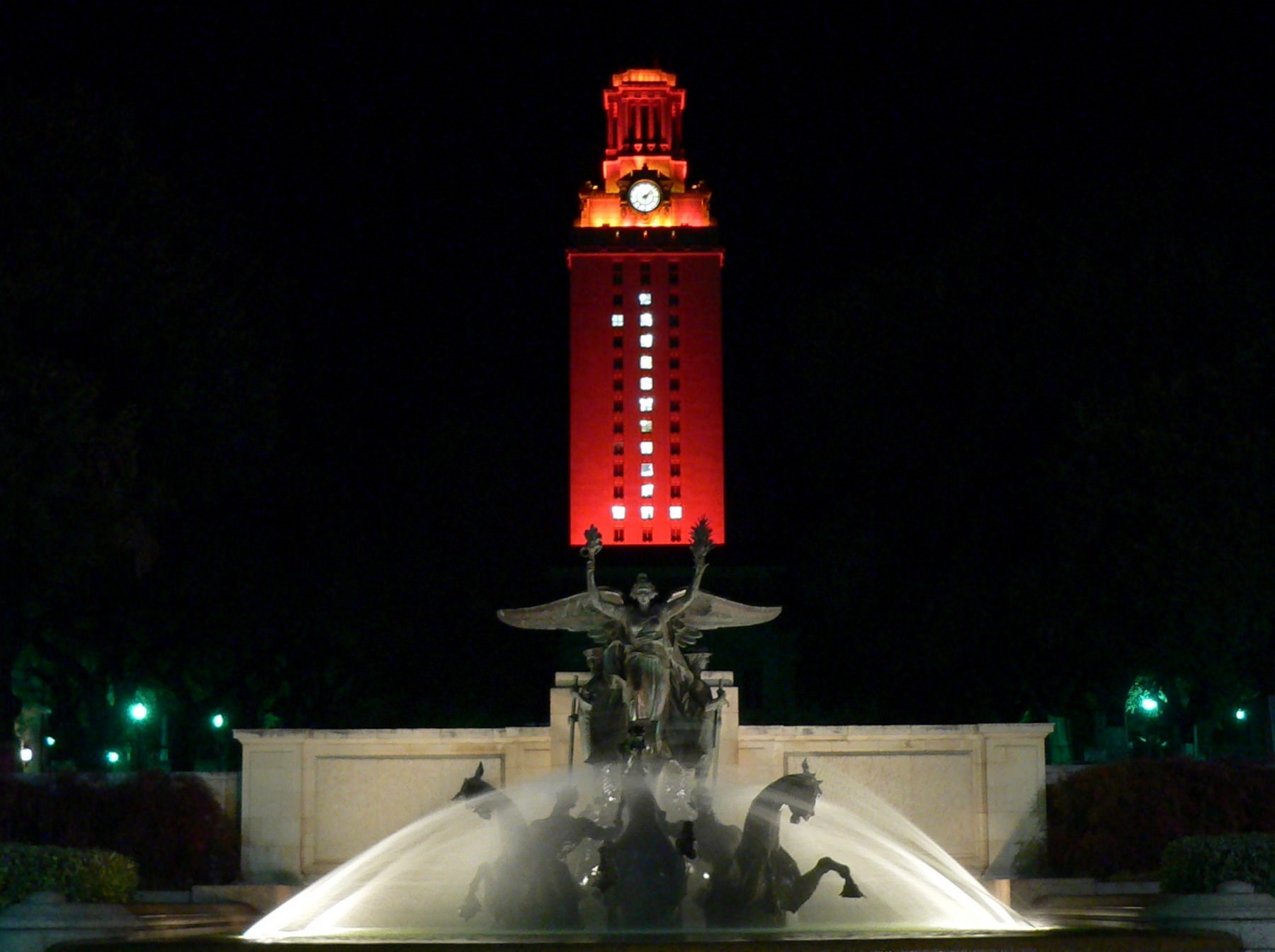 This week’s Supreme Court decision upholding racial preferences in admissions at the University of Texas (UT) has potentially far-reaching implications. It might well license extensive racial discrimination in college admissions policies. But its impact may be limited by hedging in the majority opinion by Justice Anthony Kennedy.

When Fisher v. University of Texas first reached the Supreme Court in 2013, the Court chose not to issue a definitive ruling on the constitutionality of the Texas admissions system. An unusually large 7-1 majority reiterated the principle that universities can sometimes use racial preferences in order to promote the educational benefits of “diversity,” but also broke new ground by emphasizing that courts should apply “strict scrutiny” to such programs without giving any deference at all to the judgment of university officials.

When the case was remanded back to the US Court of Appeals for the Fifth Circuit, the lower court again upheld the University of Texas program, and failed to apply the kind of nondeferential scrutiny the Supreme Court required. The Supreme Court chose to review the case again. After the oral argument in December, most experts, myself included, expected that the Court would apply strict scrutiny and strike down the Texas plan. However, that did not happen, possibly because of the unexpected death of Justice Antonin Scalia, who would almost certainly have voted to invalidate Texas’ program.

Instead, the program was upheld by a narrow 4-3 majority (Justice Elena Kagan was recused from the case). Justice Anthony Kennedy cast the decisive swing vote, and wrote the majority opinion, which seems at odds with the sort of rigorous strict scrutiny he has long advocated in previous affirmative action cases, including his majority opinion in Fisher I.

The result is all the more surprising because this is the first time Kennedy has ever voted to uphold any type of racial preference in education.

I. The Court’s Nebulous Theory of Educational “Diversity”

Kennedy starts by reiterating the principles of Fisher I, including the requirement that the use of racial preferences must be subject to “strict scrutiny,” and that “no deference is owed [to university officials] when determining whether the use of race is narrowly tailored to achieve the university’s permissible goals,” including the educational benefits of diversity.

But the force of this principle is undermined by Kennedy’s failure to require the university to specify its objectives with any precision. He is satisfied with what he calls the “concrete and precise goals” outlined by UT:

On the first page of its 2004 “Proposal to Consider Race and Ethnicity in Admissions,” the University identifies the educational values it seeks to realize through its admissions process: the destruction of stereotypes, the “‘promot[ion of] cross-racial understanding,’” the preparation of a student body “‘for an increasingly diverse workforce and society,’” and the “‘cultivat[ion of] a set of leaders with legitimacy in the eyes of the citizenry.’” …

Later in the proposal, the University explains that it strives to provide an “academic environment” that offers a “robust exchange of ideas, exposure to differing cultures, preparation for the challenges of an increasingly diverse workforce, and acquisition of competencies required of future leaders.”

These objectives are so vague that they can justify racial preferences for virtually any racial, ethnic, or religious group, especially if the university is not required to provide proof that doing so really will achieve measurable progress towards those objectives.

For example, increasing the number of Swedes, Bulgarians, or Mormons from Utah at UT could potentially break down stereotypes about those groups, and help prepare students “for an increasingly diverse workforce and society.” If applied consistently, the Court’s reasoning could even justify discrimination against minorities and in favor of whites, at least in some cases. For example, if officials conclude that the leadership class will have more “legitimacy in the eyes of the citizenry” if it is more dominated by the majority racial or ethnic group, then that might justify discriminating against blacks or Jews.

Similarly, if officials conclude that having “too many” blacks, Jews, or Asian-Americans might stimulate a backlash against them by white gentiles, that might justify restricting the numbers of these minorities, so as not to undermine “cross-racial understanding.” Such theories were in fact used to justify imposing quotas limiting the presence of minority groups at various universities in the early twentieth century.

I highly doubt that the Supreme Court majority actually meant to endorse these sorts of rationales for racial discrimination. But their reasoning does not preclude them, which a strong sign that the reasoning is flawed.

More generally, the goals endorsed by the Court are so vague as to make meaningful judicial scrutiny almost impossible. As Justice Samuel Alito points out in his dissent:

These are laudable goals, but they are not concrete or precise, and they offer no limiting principle for the use of racial preferences. For instance, how will a court ever be able to determine whether stereotypes have been adequately destroyed? Or whether cross-racial understanding has been adequately achieved? If a university can justify racial discrimination simply by having a few employees opine that racial preferences are necessary to accomplish these nebulous goals, see [majority opinion], at 12–13 (citing only self-serving statements from UT officials), then the narrow tailoring inquiry is meaningless.

The majority opinion also endorses UT’s claim that racial preferences can be used to ensure that there are two or more African-Americans or Hispanics in a large proportion of individual classes, thereby ensuring that each class is sufficiently “diverse.” If this is true for those groups, why not also for Koreans, Swedes, Russians, and virtually every other group? Here too, the majority’s logic seems to justify almost unlimited racial and ethnic discrimination in favor of pretty much any group favored by university officials, so long as there is some substantial number of classes where the group in question has few or no representatives. For example, I was the only Russian Jew in nearly all my law school classes and most of my undergraduate classes, as well. Ensuring that most classes had two more members of this group would have required a massive increase in our numbers, thereby potentially justifying large-scale ethnic preferences at both institutions.

II. Deciding which Groups to Prefer

Justice Kennedy also ignored the University’s failure to provide a coherent explanation for why they extended preferences to some groups, but not others who were less numerous in the student body to begin with. This omission is particularly glaring in the case of Asian-Americans, who end up getting disfavored by the UT policy. As Justice Alito puts it:

While both the majority and the Fifth Circuit rely on UT’s classroom study… they completely ignore its finding that Hispanics are better represented than Asian-Americans in UT class¬ rooms. In fact, they act almost as if Asian-American students do not exist….

[S]tudents labeled “Asian American,” seemingly include “individuals of Chinese, Jap¬anese, Korean, Vietnamese, Cambodian, Hmong, Indianand other backgrounds comprising roughly 60% of the world’s population….” It would be ludicrous to suggest that all of these students have similar backgrounds and similar ideas and experiences to share. So why has UT lumped them to¬gether and concluded that it is appropriate to discriminate against Asian-American students because they are “overrepresented” in the UT student body? UT has no good answer. And UT makes no effort to ensure that it has a critical mass of, say, “Filipino Americans” or “Cambodian Americans.”

The treatment of Asian-Americans in the UT policy (and similar policies at other universities) should be an embarrassment to defenders of these programs, because Asian-American groups both make a major contribution to “diversity” and have often been victims of state-sponsored oppression throughout much of American history. From a “diversity” standpoint, it also makes little sense to treat, say, Italians, Russian immigrants, and WASPs, as an undifferentiated mass of “whites.”

I do not mean to suggest that the Court should categorically forbid the use of racial preferences in all cases. To the contrary, I have long argued that strictly limited preferences might be justified in cases where they are necessary to overcome large-scale historic injustices. I also think they might defensible in a few other scenarios, including ensuring that the armed forces and law enforcement agencies have a modicum of minority officers.

But that is a far cry from the Court’s endorsement of the nebulous diversity rationale, which can justify a wide range of extremely dubious preferences for almost any group.

III. Possible Limits on the Reach of the Court’s Decision

Despite the sweeping nature of some of the Court’s reasoning, the majority opinion also includes some limitations on its reach. Justice Kennedy emphasizes that the UT program is a unique, “sui generis” case, because the University’s racial preferences occurred against the background of the Texas Top Ten Percent Plan, which guarantees a spot at UT to Texas students who ranked in top ten percent of their high school classes. Because the vast majority of UT’s admissions decisions were dictated by this program, explicit racial preferences affected only a relatively small minority of applicants. Kennedy implies that a more extensive program of preferences would be subject to tougher scrutiny.

He also notes that there is more data available on the effects of the UT program now than at the start of the Fisher litigation, and that “[t]he University must continue to use this data to scrutinize the fairness of its admissions program; to assess whether changing demographics have undermined the need for a race-conscious policy; and to identify the effects, both positive and negative, of the affirmative-action measures it deems necessary.”

But it is difficult to say whether this stricture will impose any meaningful constraints on the future use of racial preferences at UT, especially if the “scrutiny” in question need only connect preferences with the sorts of vague educational benefits that turned out to be sufficient in this case.

Despite these constraints, Fisher II is a significant victory for supporters of affirmative action. They have good reason to celebrate. But even they may also have reason to question the way the Court justified its holding. If vague, poorly specified educational benefits are enough to authorize racial discrimination against whites and Asian-Americans, they can also potentially justify discrimination against other groups, as well.