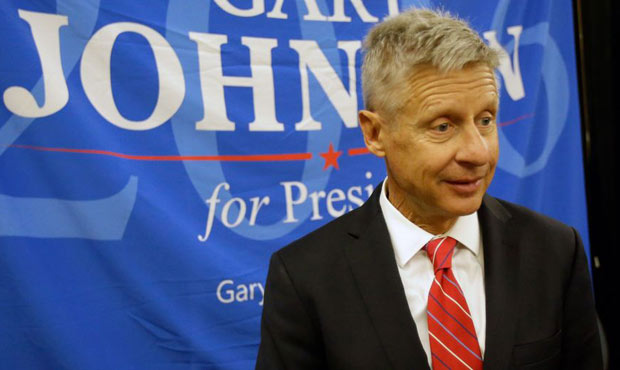 If he gets to 15 percent in the polls,you’ll be seeing a third face on the presidential debate stage. Former Governor of New Mexico Gary Johnson joined Armstrong and Getty on KTTH Monday morning to discuss why a Libertarian should be considered for president.

While in the middle of perhaps the most polarizing presidential race ever, Johnson is trying to provide an outlet for those in the middle.

“It’s a unique position being fiscally conservative … and when it comes to our lives, our personal liberties and freedoms, shouldn’t we always come down on the side of choice? … as long as those choices don’t put others in harm’s way?”

Joe Getty contends that it is time America open up to the idea of a different party.

“Polls would show there is pretty fertile ground for being socially liberal and fiscally conservative, so why haven’t libertarian candidates done better?,” Getty asked. “You have decades and decades of media telling you that you’re an idiot if you don’t assume that it’s the Rs or the Ds, the Rs or the Ds. Always, always, always. It is time to shake that up, in our opinion.”

Johnson goes on to explain his opinions on taxes, immigration, gun control, and the war overseas. He does so while remaining in that middle ground between the left and the right.

For the many voters out there looking for someone other than the Democrat or the Republican, Johnson could be that man.

One Response to The third option for President: Libertarian Gary Johnson