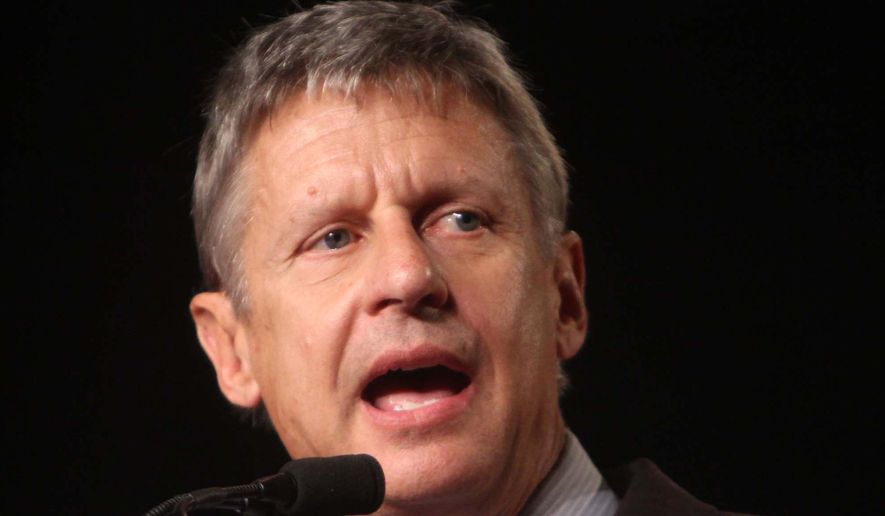 Libertarian presidential hopeful Gary Johnson, possibly benefitting from dissatisfaction with the two major parties’ front-runners, is in double digits in a potential three-way race, according to a poll released Thursday.

In a three-way contest, Democratic front-runner Hillary Clinton was at 42 percent, GOP front-runner Donald Trump was at 34 percent, and Mr. Johnson, who is seeking the Libertarian Party’s nomination, was at 11 percent, according to the Monmouth University poll.

More than three-quarters of respondents didn’t know enough about Mr. Johnson, the former New Mexico governor and 2012 presidential candidate, to have formed an opinion. Mr. Johnson received more than 1 million votes in 2012 — a record for a Libertarian candidate