The Department of Health and Human Services (HHS) is America’s first $1 trillion bureaucracy. HHS will spend $1.1 trillion in 2016, which is one $1 million repeated one million times.

You are paying for it, so you might want to know that:

Along with exploding Social Security spending, rising HHS spending is not making America great again, but pushing us into a financial crisis. What are the candidates proposing to do about it? 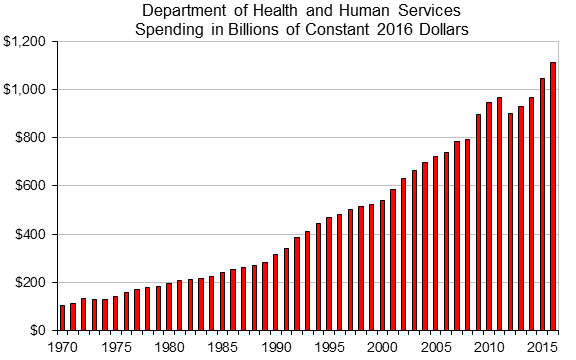