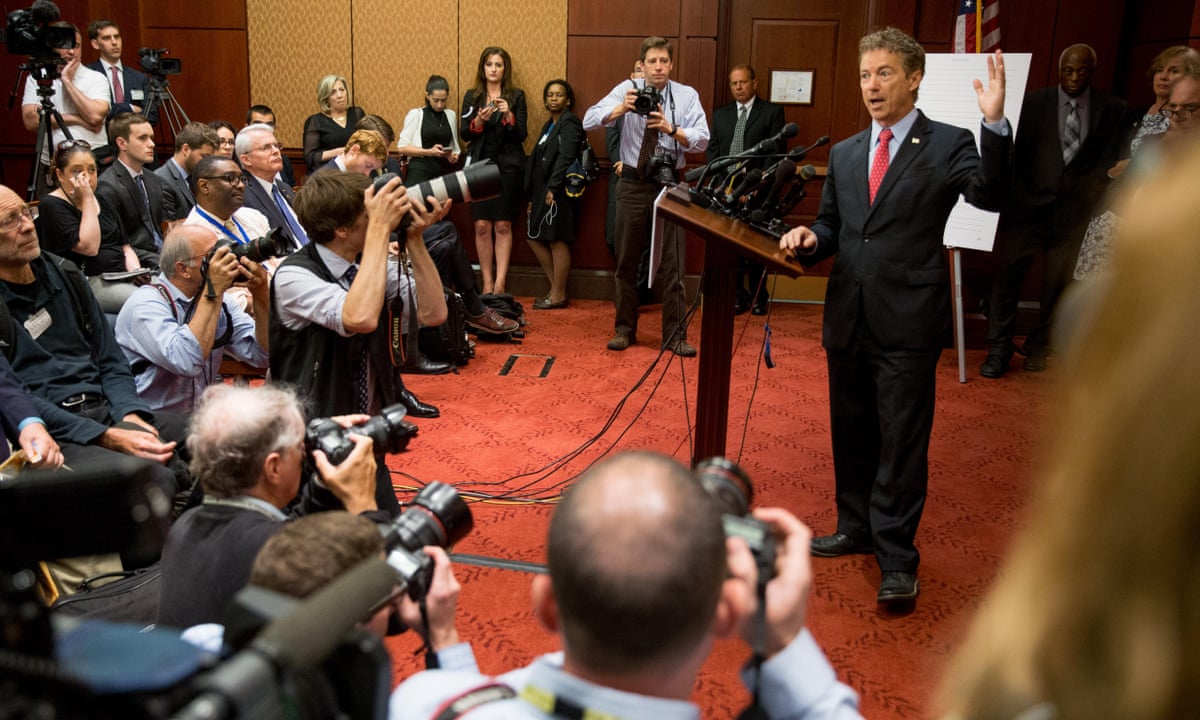 Rand Paul urged President Obama to declassify 28 additional pages of the 9/11 commission’s report on Tuesday, but made clear that he does not intend to exercise his constitutional prerogative as a senator and read the pages on the floor of Congress – yet.

The Kentucky Republican joined other members of congress at a press conference on Tuesday to promote bipartisan legislation urging Obama to declassify the pages, which are widely believed to detail ties between Saudi Arabian funders and al-Qaida.

Rep Thomas Massie, also from Kentucky, said “the information in these 28 pages establishes a chain of liability” around the attacks. The conference was held with members of an advocacy group called 9/11 Families and Survivors United For Justice Against Terrorism, who have engaged in legal efforts to hold the Saudi government legally liable for the September 11 attacks.

Democrats also spoke on behalf of the bill. Representative Stephen Lynch of Massachusetts said it was important “to hold accountable those who aided and abetted these savage attacks on our homeland”. Lynch went on to emphasize “this wasn’t a mere deletion of a few words but a full-fledged blackout of 28 pages of the report”.

It “may have been a matter of national security to secure pages in 2002 but it is long since time that we made these reports public”, he said.

« Hoggetowne Medieval Faire 2015 – The Gypsy Guerrilla Band You Hate It From Barack Obama. But You Love It From Donald Trump. »