Don’t Fall for a Fake Conservative 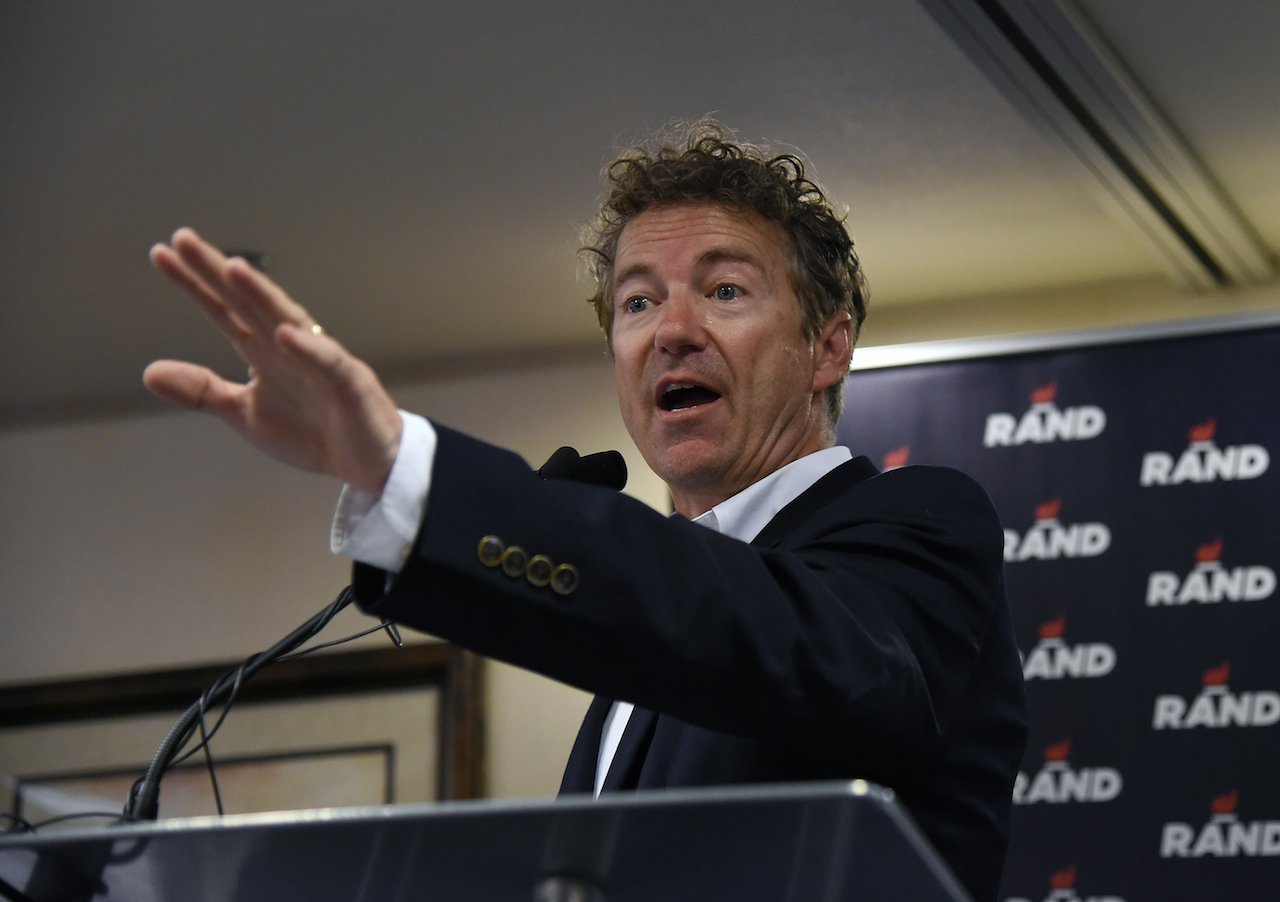 I ran for office because I was tired of being misled by Republicans who promised conservative government and gave us bank bailouts and more debt. The Wall Street bankers got richer and the American taxpayer got poorer.

The Tea Party erupted over dissatisfaction with false conservatives. It amazes me that anyone in the Tea Party movement could possibly consider Clinton/Reid/Pelosi supporter Donald Trump for President.

I honestly have no idea what Mr. Trump’s real philosophy is. He was liberal before he was conservative, and has openly professed for decades that his views are those of a Democrat.

In 1990, he said if he ever ran for office, he’d do better as a Democrat. He became an independent briefly in 1999 before he switched back to registering as a Democrat. In 2004, he identified more of his beliefs as those of a Democrat, especially on economic policy, stating on CNN that“it just seems that the economy does better under the Democrats than the Republicans.” He only registered as a Republican in 2009 before dropping the party again in 2011, only to re-register in 2012.

No conservative in America supports a single-payer government-run healthcare system, and yet around 25 percent of Republicans seem to favor Trump. How can this be possible? How can a quarter of the GOP support a guy who was a Republican, then an Independent, then a Democrat, and then a Republican again?

Are conservatives really willing to gamble about what Donald Trump really believes in?

It is refreshing to hear someone speak truth to power, to transcend Washington-speak, and cut through the staidness of our politically correct world but not when it is all blather, non-sequitur, and self-aggrandizing bombast.

Donald Trump is showing he isn’t suited to lead the country, and I think we all need to discuss why.

Frankly, it sounds too much like he is someone used to bullying to get his way. What do you do to a bully? You stand up to him. That’s what I did on the debate stage, and I was the only one.

The only one to tell Donald Trump that if he is willing to possibly give the election to Hillary, he shouldn’t be on the stage. That should be our first and uniting principle.

We don’t need a bully, and we don’t need another President who thinks he is King. We certainly don’t need someone who has driven his companies into bankruptcy four times yet smugly tells us he uses our nation’s Chapter 11 laws to his own personal advantage. All well and good for him – but what of the creditors and vendors he defaulted on?

Voters are hungry for a plain-spoken critique of Washington. But I’m unsure how credible that voice is when it comes from the consummate insider, a man who buys and sells politicians like he does Lamborghinis.

Trump has paid over 1.5 million dollars to politicians from both sides of the aisle, from Harry Reid to Rahm Emanuel to Jeb Bush. The majority of his donations were to Democrats until a few years ago when he began thinking more seriously of making a play for the Republican nomination.

(For the record, Donald Trump has NEVER donated to any of my political campaigns, perhaps because he knows I can’t be bought. He has donated to an eye institute that sponsored the medical mission I took to Guatemala where the funding was directly spent on our surgical work restoring sight to over 200 men and women.)

He has, however, put a significant down payment on Hillary Clinton—at least a $100,000 investment in the Clinton “Foundation” in addition to repeated donations to her campaigns—and acknowledges he spoke to Bill Clinton before he decided to pursue the Republican nomination. What kind of access was he purchasing?

I asked him in the debate why he’s hedging his bets. If he doesn’t win the GOP nomination will he support Clinton? Will he run as a third party candidate? Ross Perot gave us Bill Clinton. Will Trump give us Hillary Clinton?

Why give so much money to both sides?

That’s the problem with the system. Big Government and Big Business get in bed together, and the ordinary taxpayer ends up with the short end of the stick while our country is driven deeper into debt.

I for one don’t think you should run for President if you believe what Trump says about money in politics: “When you give, they do whatever the hell you want them to do.”

Isn’t this buying and selling what’s wrong with Washington?

Bill Clinton is under fire for accepting donations and high speaking fees from foreign governments while Hillary served as Secretary of State. I think it’s despicable that politicians like Hillary sell access. But isn’t it equally despicable for people like Trump to buy access?

It makes me sad to think that Tea Party awakening could be hijacked or hoodwinked by a guy who supported the bank bailouts, supported Obamacare, and continues to support the Clintons.

I was there at the first Tea Party in 2007 and I’ll be damned if I’m going to stand passively by and watch the movement destroyed by a fake conservative.

I will stand up to anyone, Republican or Democrat, who tries to use government as their own personal piggy bank and I won’t be bought or sold.

I will run this race on issues important to the American people. Unlike Trump, I have serious, specific proposals for the largest tax cut in American history and a five-year balanced budget. I offer real solutions to defeat the Washington Machine like ending corporate welfare, term limits and forcing Congress to read the bills.

« Rand Paul: The Lone Voice of Liberty at the Republican Debate Google’s Search Algorithm Could Steal the Presidency »