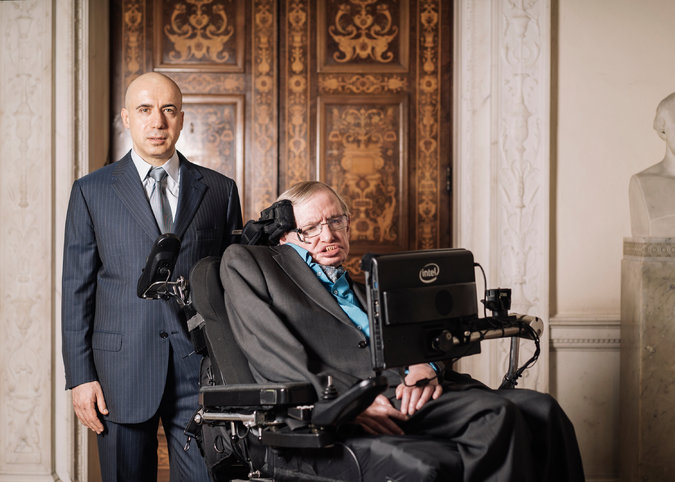 Extending his idea of philanthropy beyond the Earth and even the human species, Yuri Milner, the Russian Internet entrepreneur and founder of science giveaways like the annual $3 million Fundamental Physics Prizes, announced in London on Monday that he would spend at least $100 million in the next decade to search for signals from alien civilizations.

The money for Breakthrough Listen, as Mr. Milner calls the effort, is one of the biggest chunks of cash ever proffered for the so far fruitless quest for cosmic companionship known as the Search for Extraterrestrial Intelligence, or SETI. It will allow astronomers to see the kinds of radar used for air traffic control from any of the closest 1,000 stars, and to detect a laser with the power output of a common 100-watt light bulb from the distance of the nearest stars, some four light-years away, according to Mr. Milner’s team.
It also guarantees bounteous observing time on some of the world’s biggest radio telescopes — a rarity for SETI astronomers who are used to getting one night a year.

“It’s just a miracle,” said Frank Drake, an emeritus professor at the University of California, Santa Cruz, who joined Mr. Milner and others, including the cosmologist Stephen Hawking, in a news conference Monday at the Royal Society in London.

Dan Werthimer, a longtime SETI researcher at the University of California, Berkeley, said, “This is beyond my wildest dreams.”

In a prepared statement at the announcement, Dr. Hawking said atoms and the forces of nature and the dance of galaxies could explain the lights in the sky, but not the lights on Earth. “In an infinite universe there must be other occurrences of life,” he said. “Or do our lights wander a lifeless universe? Either way, there is no bigger question.”

Mr. Milner also announced a $1 million competition, called Breakthrough Message, to create messages that could be sent if we knew there was anybody out there to receive them.

These could be propitious times for ET. The relentless improvement of electronics and computing power have made it possible to build receivers 50 times as sensitive as before, r