Bernie Sanders Is The Most Dangerous Man In America 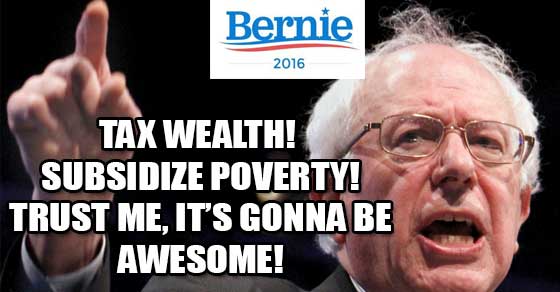 I’ve never feared for my safety quite like I did yesterday. I have been beaten, kidnapped, and shot at before. I’ve had my gun pointed at a man’s chest when police showed up. I’ve live streamed a riot where drunken lunatics flipped cars and screamed “Fuck the press!”. I’ve been involved in some pretty precarious situations, but none were ever quite so frightening as watching 73 year old Bernie Sanders whip hundreds of radical leftists into a frenzy yesterday in Keene, New Hampshire. That might sound a bit hyperbolic, but I’m dead serious.

The Vermont Senator is running for President as a Democrat, and near everyone has dismissed him as a fringe candidate with no chance of winning. He has been referred to by some as “the Ron Paul of the left”. He’s no Ron Paul by any informed person’s measure, but I too thought of him as little more than a political anomaly that could only come from a place like Vermont. Until yesterday, that is.

I’ve never paid much attention to Sanders. In a handful of television appearances, he just seemed like a cagey, quirky guy with some really bad economic ideas. That wasn’t who showed up to the recreation center on Washington Street in Keene yesterday though.

Sanders is actually one of the best orators I’ve ever been in the presence of. He speaks with passion, conviction, and skill. His timing, his change of speed and intonation, and his use of humor, allow him to connect with an audience like very few people can. He’s very personable. Most people don’t call him Senator or Mr. Sanders, they call him Bernie. He approaches everyone with a smile and a humble friendly demeanor, at least, until they challenge him. He’s so good at all of this, that he even manages to charm a considerable number of libertarians who, despite their disagreement with his radical economic agenda, are convinced he at least means well.

He uses that talent to tap into the most vile regions of the human psyche, and stir up that irrational fury that has sent so many societies spiraling into the depths of communism, suffering, and death. To hear him tell it, the solution to all our problems is so simple and obvious that the mind is repelled. The answer? Well, just have the government